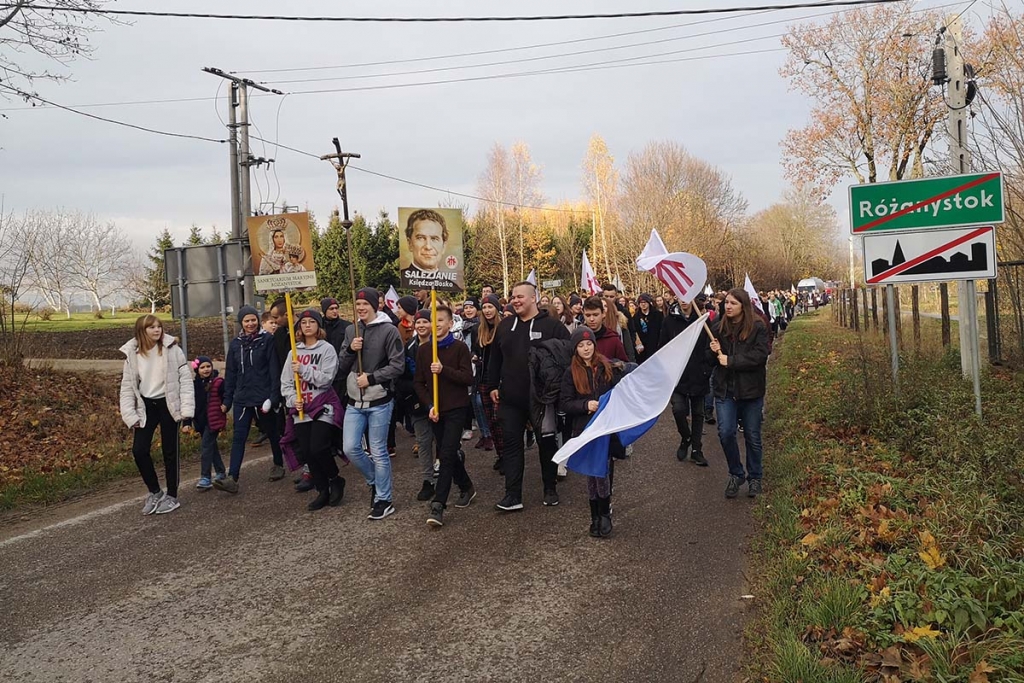 Różanystok, Poland - November 2019 - On 10 November the 100 years of Salesian presence in Różanystok, in the Warsaw Province (PLE), were celebrated. On 10 November 1919, three Salesians arrived in this village, located in the north-east of Poland. They began Salesian work and developed Don Bosco's charism. Today the house, with the Shrine of Our Lady of Różanystok and a flourishing oratory, is one of the largest educational centers, with schools for young people in difficulty. The celebrations, in addition to several guests, were attended by more than 200 animators from the PLE Province oratories, who gathered for three days. In addition, a 5-kilometer jubilee march took place from Dąbrowa Białostocka to Różanystok. The Eucharist was presided by Msgr. Tadeusz Wojda, metropolitan archbishop of Białystok, concelebrated by Fr Tadeusz Jarecki, PLE Provincial, who in his words of thanks underlined that 250 vocations to the priestly and consecrated life were born in these hundred years of Salesian presence in Różanystok.