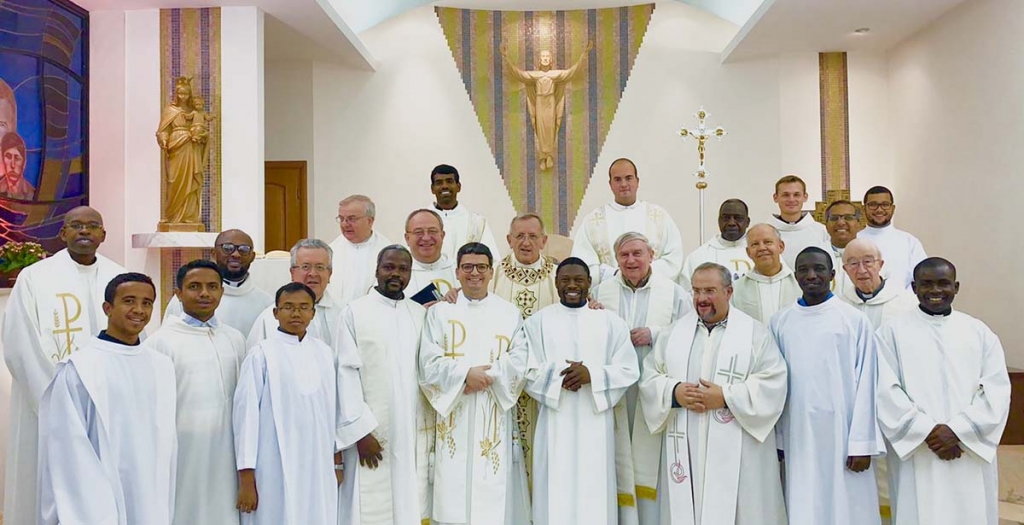 Rome, Italy - November 2019 - The international community of Theology students "Zeffirino Namuncurá" celebrated its patron saint on November 11th. The Mass was presided by Fr Francesco Cereda, Vicar of the Rector Major, and concelebrated by several directors of the UPS communities, and by Fr Alessandro Fadda, director of the Salesian community "Centro Professionale Gerini" of the Salesian Central Italy District (ICC). Fr Cereda, in a family atmosphere, referred to the story of Blessed Zephyrinus who, as a young student in Rome, always had the desire to study and then help his people as a priest. Thus he became a model for all Salesian students of the theologate, just as they too were to remember that the objective of their study was not an end in itself, but to the mission and to the young people awaiting them.