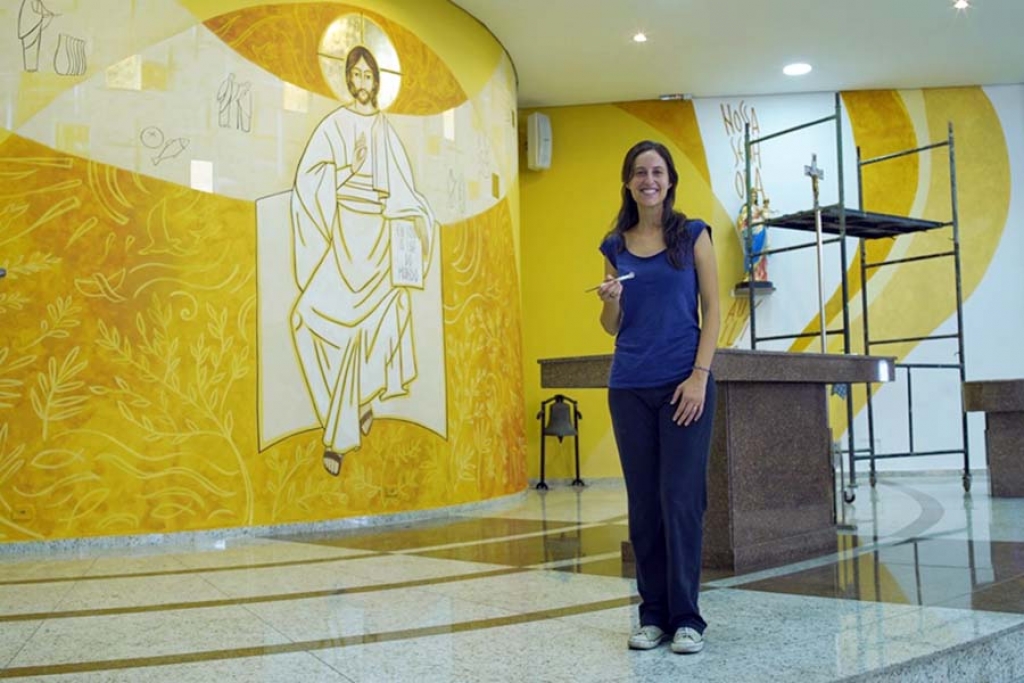 São Paulo, Brazil - November 2019 - The church of "Santa Luzia" located in the east of São Paulo, was erected in 1932, became a parish in 1965, was entrusted to the Salesians in 1987 and was rebuilt, larger and most beautiful, in 2002, with modern architecture and seating for 800 people. Now the Italian artist Silvia Allocco, at the invitation of the parish priest, Fr Pedro André, has enriched it with five of her works: in the presbytery, in the chapel of the Blessed Sacrament, the Via Crucis, a mural of Our Lady Aparecida and a painting that recalls the ancient chapel. Born in Bra, Piedmont, during her adolescence Silvia met the Salesians of her city and participated in various activities, including a month of volunteering in Brazil, in 2011 in the city of São Carlos, and 9 months of volunteering in various villages of Peru, in 2016. Her works are also in a church in Peru and the church of the Salesians in Bra. On November 2nd, a plaque in honor of the Italian artist was unveiled.