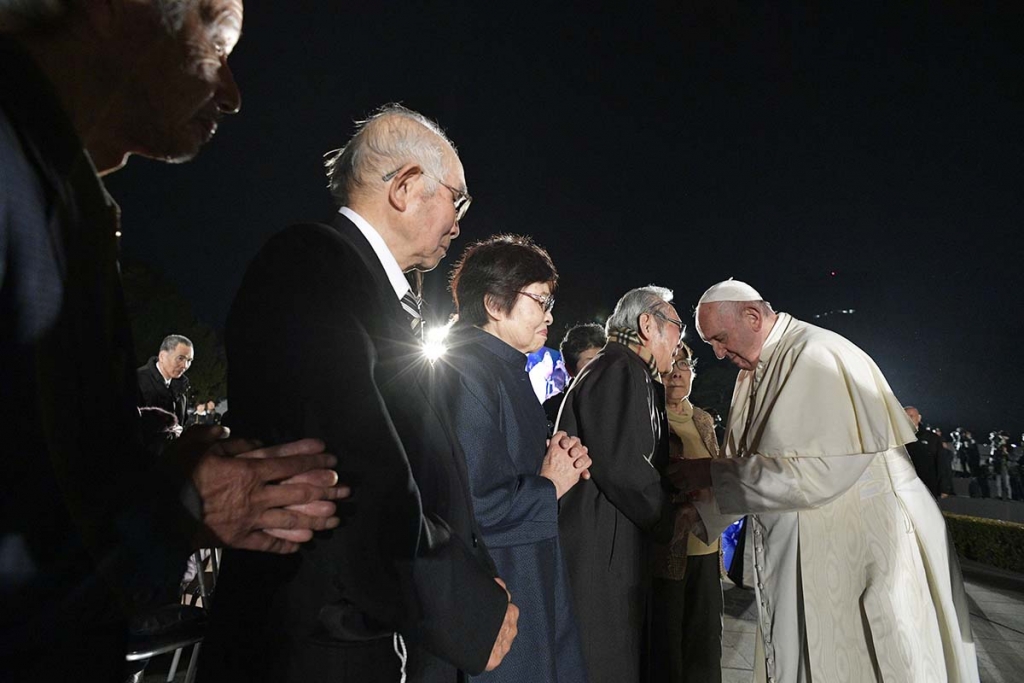 Hiroshima, Japan - November 2019 - On November 24, Pope Francis visited the Hiroshima Peace Memorial Park in the presence of about 1,300 faithful, religious leaders, survivors and relatives of the victims of the atomic bomb that exploded on August 6, 1945, and instantly killed 80,000 people. After lighting a candle for all the victims and listening to the testimony of two survivors, who still today fight against the atomic bomb's devastating effects, Pope Francis sent the world a message: “With conviction I wish to reiterate that the use of energy Atomic for purposes of war is, today more than ever, a crime, not only against man and his dignity, but against any possibility of future in our common home.”