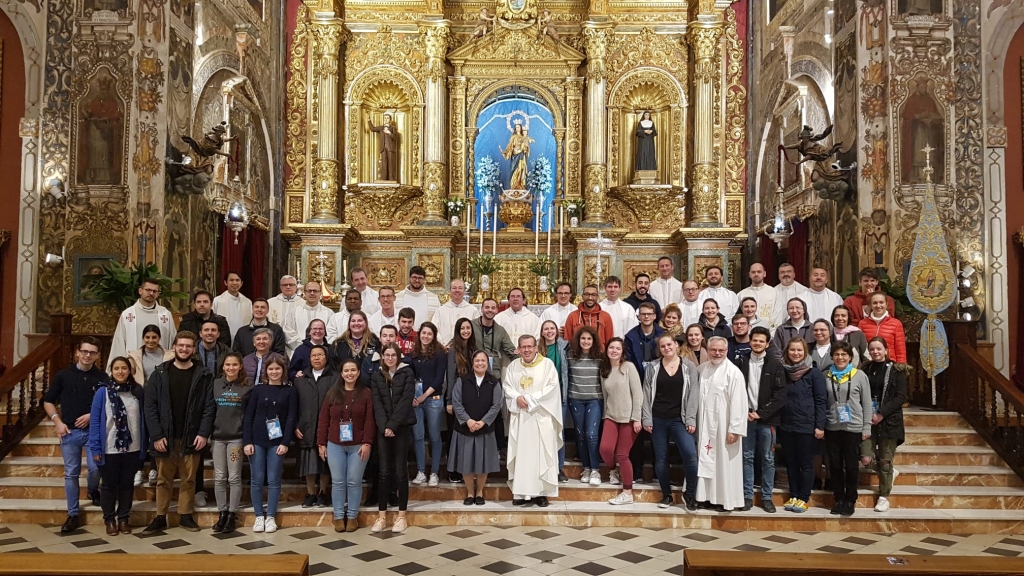 Sevilla, Spain - November 2019 - The XV General Assembly of the Salesian Youth Movement in Europe and the Middle East took place in the Salesian house of "Sanlucar La Mayor", near Sevilla, from 22 to 24 November. More than 60 participants from 17 countries joined the event, with a delegation from the Middle East. Fr Fabio Attard, SDB, and Sr. Runita Borja, respectively General Councilors for Youth Ministry of Salesians and Daughters of Mary Help of Christians, conducted a study session on the Apostolic Exhortation of Pope Francis, "Christus Vivit". The so-called "Small Team" of the SYM Europe and the Middle East then promoted a sharing of experiences on the post-Synod course "Youth, Faith and Vocational Discernment" at the regional level and presented a roadmap towards the future "Confronto" in 2021. A message was also written for the youth of SYM Europe and the Middle East, which will soon be released for participants of the 28th General Chapter of the Salesians and the 24th General Chapter of the FMA.