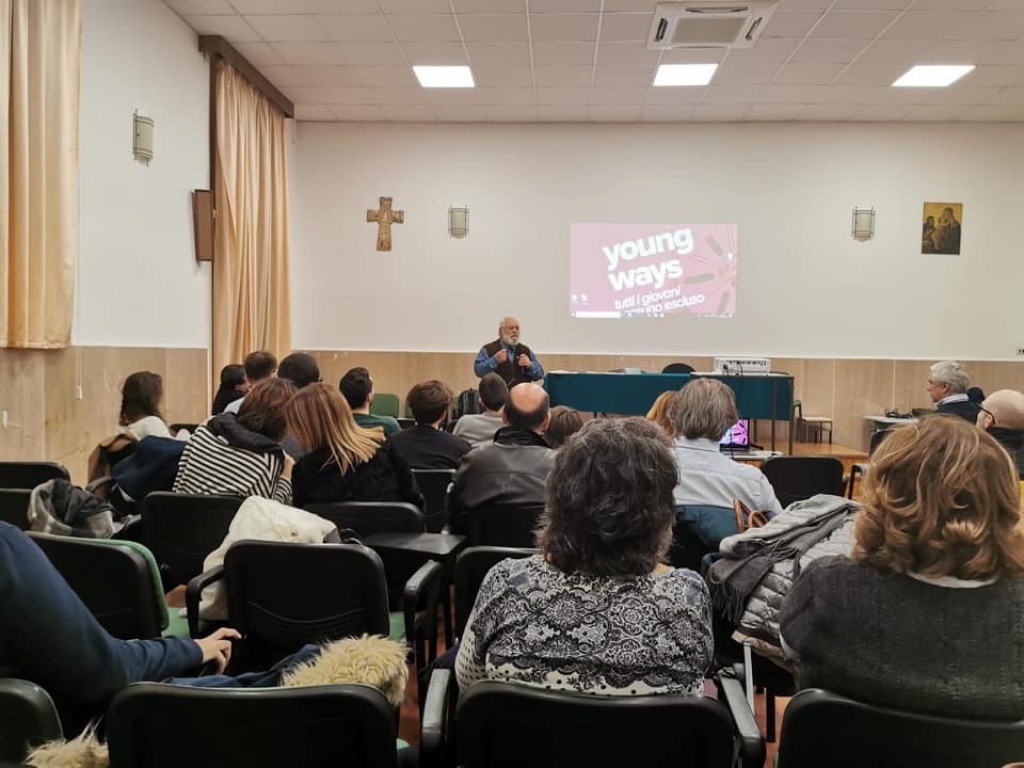 Rome, Italy - November 2019 - On 23 November, the final event of the "Young Ways" Competition was held, promoted by the Salesian association "Cinecircoli Giovanili Socioculturali - APS" to commemorate the National President of the association from 1980 to 1987, Adriana D'Innocenzo, who was able to give the institution a face and credibility on a political, cultural, social and educational level. The competition spotlighted documentaries and short films produced by young artists on the theme of the youth world, also in reference to the recent Synod on Young People of 2018. The films that enhanced the institutional aims of the association were selected, that is, educational, training, social, promotional, cultural and welfare in favor of young people. The short films: "Eve" by Lorenzo Maria Chierici and "Polvere" by Matteo Bianchi were honored, and three others received a Special Mention: "Paper Boat" by Luca Esposito, "Aggrappati a me" by Luca Arcidiacono and "Global W" by Saverio Settembrino. The video "I choose myself" by the students of the CIOFS vocational school of Chieri (Turin) was also awarded. The actor Sebastiano Somma also attended the evening.