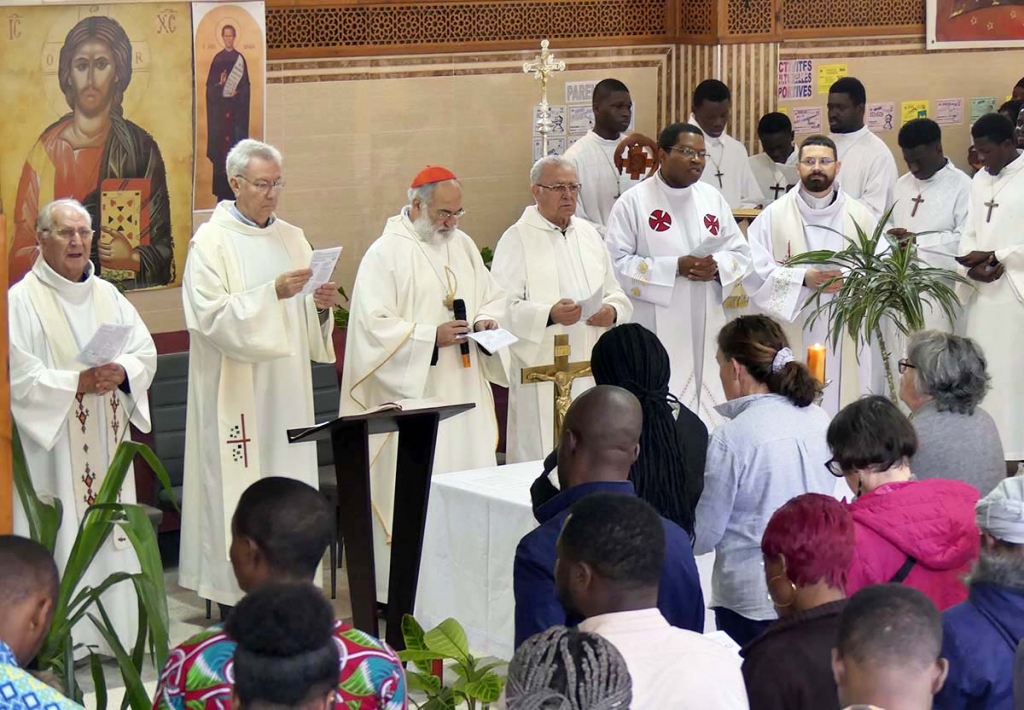 Kénitra, Morocco - November 2019 - On November 24, the Solemnity of Christ the King, the Salesian work of Kénitra celebrated the "Feast of the Fraternity" at the end of the liturgical year. The Salesian Cardinal Cristóbal López Romero, archbishop of Rabat, presided over the Eucharist animated by the choir of sub-Saharan students, and was attended by the cardinal's parishioners and friends. At the end of the Mass, Muslim teachers and friends gathered to participate in the celebrations. Cardinal Cristóbal López Romero blessed the statue of Don Bosco relocated to the central wall of the Don Bosco School. As a sign of permanent recognition of the educational community, a plaque of thanks was then unveiled for the Salesian cardinal for his work (2003-2010) when he was the school's Director. The party continued in a large hall where lunch was served for over 300 participants including Christians, Muslims, parishioners, friends, staff and representatives of the Spanish Embassy - the country of origin of card. López Romero. Bingo and various sports competitions ended the evening.