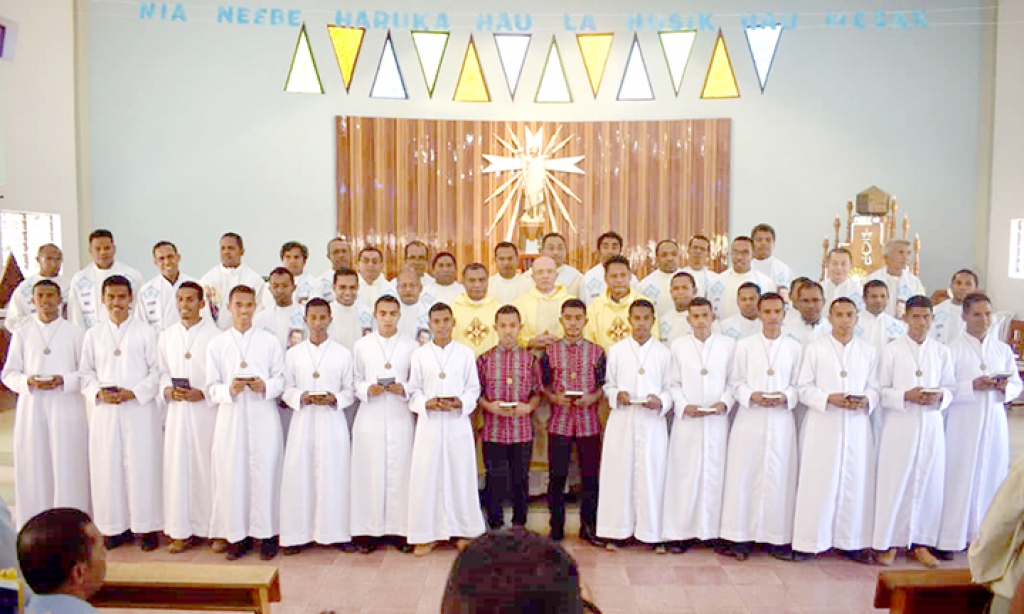 Fatumaca, East Timor - 7 December 2019 - Last Saturday, in the National Shrine of Fatumaca, the Superior of the Vice Province of East Timor, Fr Apolinário Neto, on behalf of the Rector Major, received the first religious vows of 15 young people as Salesians of Don Bosco, two of whom professed as Salesian Coadjutors. The ceremony took place during the Mass presided by the Apostolic Nuncio in Malaysia and East Timor, Msgr. Marco Sprizzi, past pupil of the Messina oratory. Over 30 Salesians participated in the event, along with diocesan priests, religious, faithful and family and friends of the newly professed Salesians.