Italy – Awarded, Cynthianum cineplex of the Salesians of Genzano 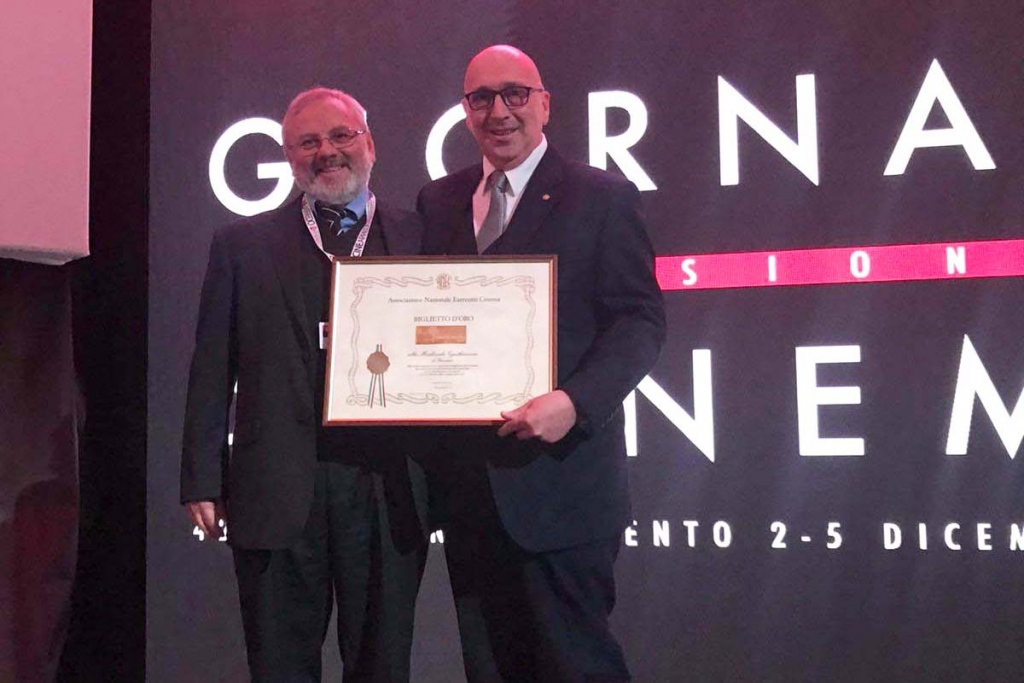 Sorrento, Italy - December 2019 - The cinema multiplex "Cynthianum" in Genzano (Rome) has been awarded the prestigious "Biglietto d’oro, Golden ticket", a prize the National Association of Cinema Companies gives each year to the theater halls that have distinguished themselves for the greatest number of tickets sold. The awards ceremony took place on December 4th in Sorrento on the occasion of the 42nd edition of the Cinema Professionals Days. The "Cynthianum", set in the Salesian center of Genzano and a true cultural reference point in the Castelli area of Rome, was awarded the prize in the "2-4 screens" category in the municipalities below 50,000 inhabitants. The success coincides in fact with the inauguration of the two supplementary screens to the two already existing, the result of a conspicuous investment and of the foresight of the Salesians and Giuseppe Consalvi, soul and heart of the "Cynthianum", who declared: “We had a dream and thanks to the efforts of our whole family and of the Salesians we have succeeded in carrying it out.” On stage, together with Consalvi, Mario Lela, Salesian coadjutor, economer of the Salesian center and in charge of the oratory, who said he was satisfied with the award received and the splendid work of the Cynthianum.