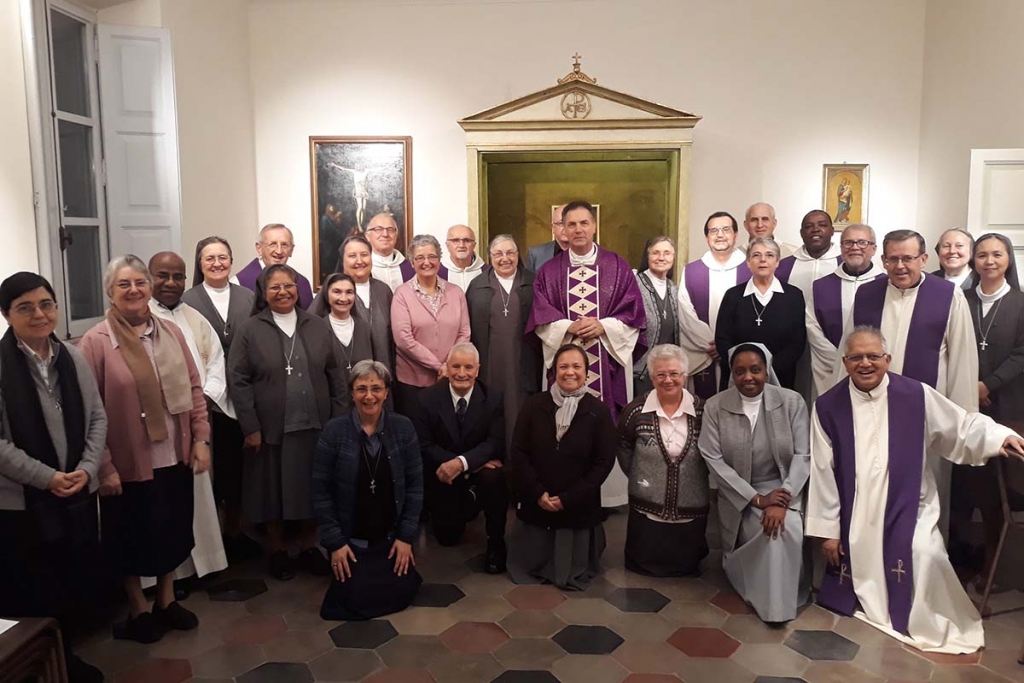 Rome, Italy - December 2019 - On 19 December, there was the last joint meeting of the General Councils of the Salesians of Don Bosco and of the Daughters of Mary Help of Christians before their General Chapters, respectively 28th and 24th. The meeting began with the Eucharist presided by the Rector Major, Fr Ángel Fernández Artime, with the participation of Mother Yvonne Reungoat, FMA Mother General, of the 15 SDB General Councilors and of the 15 FMA General Councilors. The Rector Major focused the Thanksgiving meeting on the common charismatic journey of the last six years. The fraternal meal was animated not only by Christmas songs with the accompaniment on the guitar of the Rector Major but also by the spontaneous sharing of the Mother General and the traditional exchange of Christmas gifts. Mother Reungoat expressed profound conviction for the value and impact of these joint twice-yearly meetings of the General Councils. “Even if we do not achieve very concrete goals, each meeting gradually shapes our common Salesian way of thinking and promotes greater synergy in the Salesian Family.”