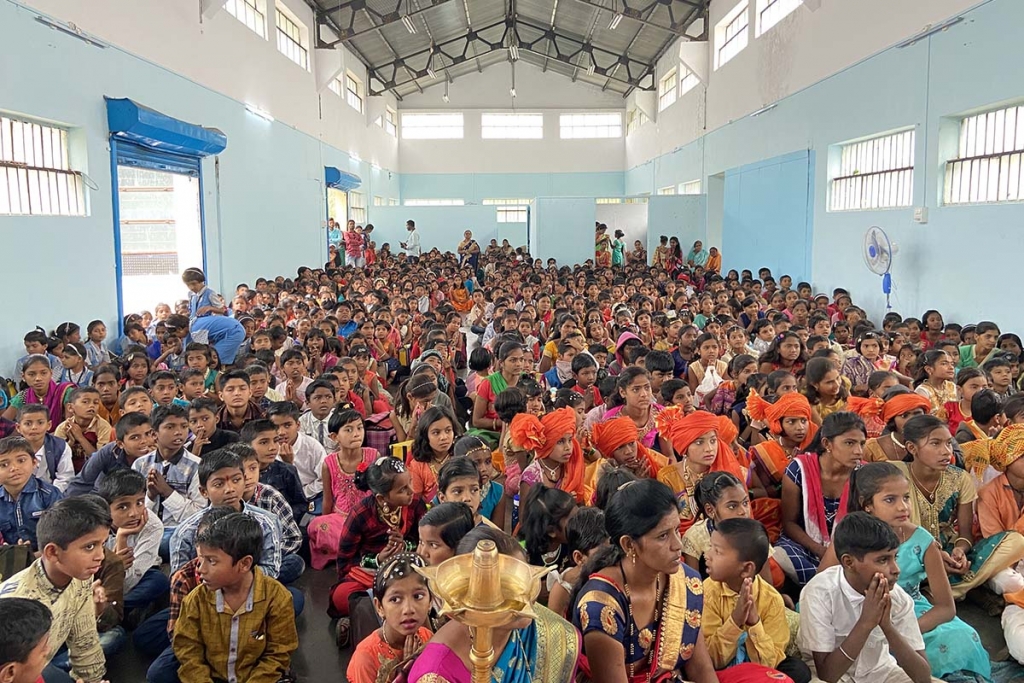 Ahmednagar, India - December 2019 - On 22 December, the "Bosco Gramin Vikas Lendra" (BGVK) organized a Christmas party for 798 poor children from rural areas who benefit from the "Village Education Project". Fr Rolvin D’Mello, Executive Director of the "Don Bosco Development Society", was the event's main guest and during his speech, he thanked the sponsor "Kindermissionswerk" of Aachen, Germany, and all those who participated in the fundraising. Also present were Vishwas Sonawale (Associate - Tata Power Community Development Trust), and Anna Motte (Sarpanch Shanjapur). The event began with a magic show, followed by a lunch and a cultural festival of traditional, contemporary and popular dances. Each child received a small gift. Fr George D’Abreo, director of BGVK, concluded the day by thanking "Kindermissionswerk" and "Don Bosco Mission" for their support for all the institute's activities.