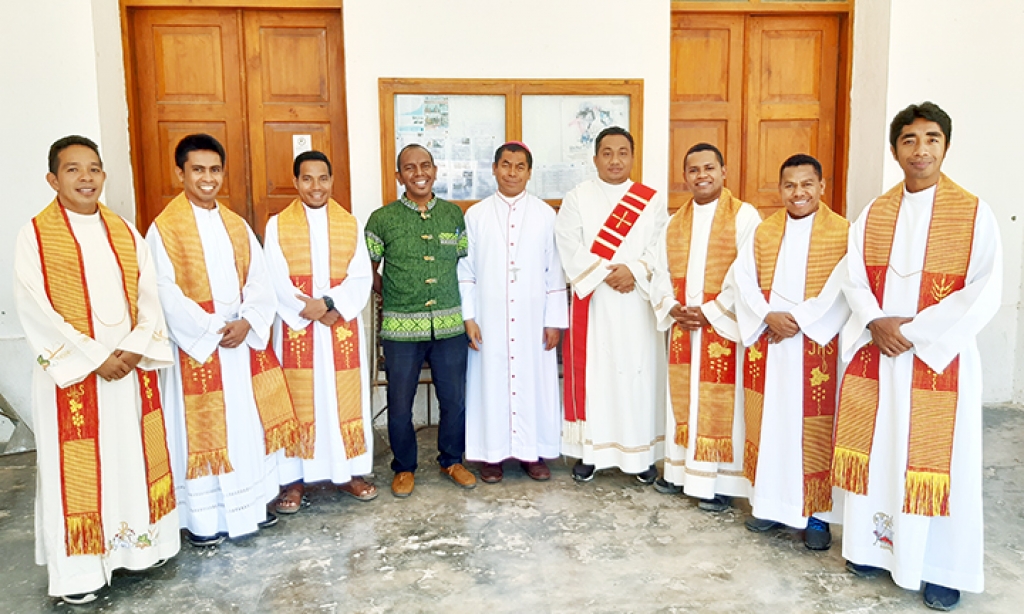 Baucau, East Timor - December 2019 - The Day of the Vice-Province of East Timor (TLS) was celebrated on December 27 and 28. On December 27, Fr Apolinário Neto, Provincial of the TLS Vice Province, presided over the meeting for the evaluation of the 2019 pastoral activities. The meeting was attended by the members of the Vice-Province Council, directors, officers of the communities, heads of the commissions and sectors. On December 28, all the Salesians gathered for the official presentation of the Rector Major's 2020 Strenna "Good Christians and Upright Citizens" by Fr Rolando Fernandez. Then followed the Eucharist celebrated by the Archbishop of Dili, Msgr. Virgilio do Carmo da Silva, SDB; ending the meeting was the official announcement by the Vice Province Provincial concerning the new assignments for the Salesians in 2020.