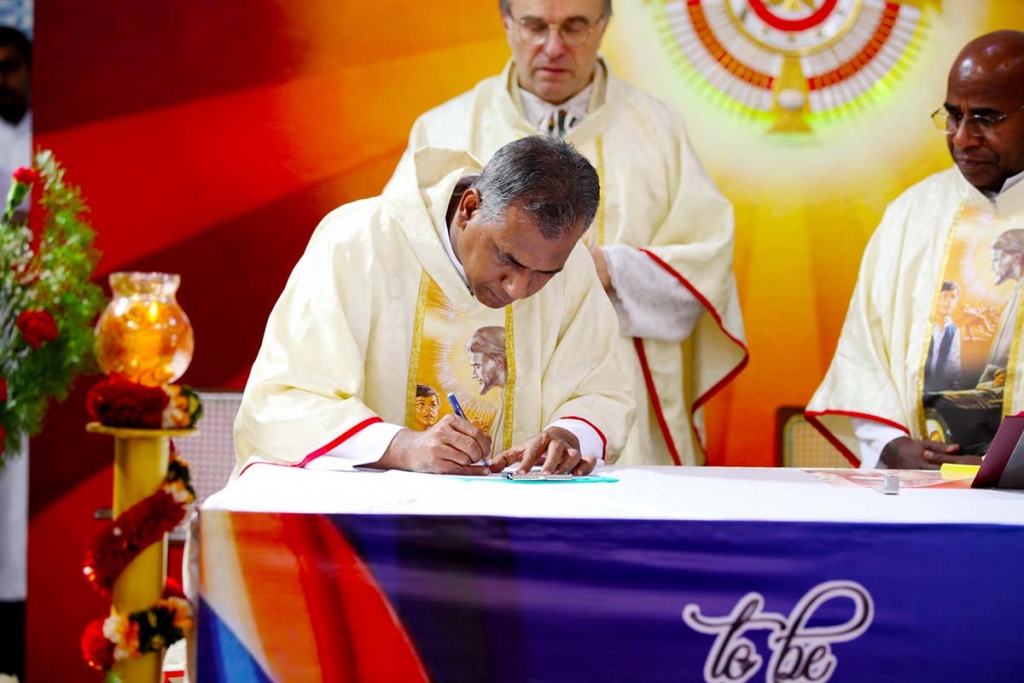 Tiruchy, India - January 2020 - The inauguration ceremony of the new Provincial of the Province of Tiruchy (INT), Fr Agilan Sarprasadam, was celebrated on 4 January. Fr Maria Arokiam Kanaga, Councilor for the South Asia Region, presided over the Eucharist, with the homily of Fr Václav Klement, Councilor for the East Asia-Oceania Region, who received the profession of faith and installed the new Provincial. Numerous figures from the Salesian Congregation, the Salesian Family and representatives of other religious congregations were also present.