Italy – A path of Freedom. Mafias, commitment and responsibility 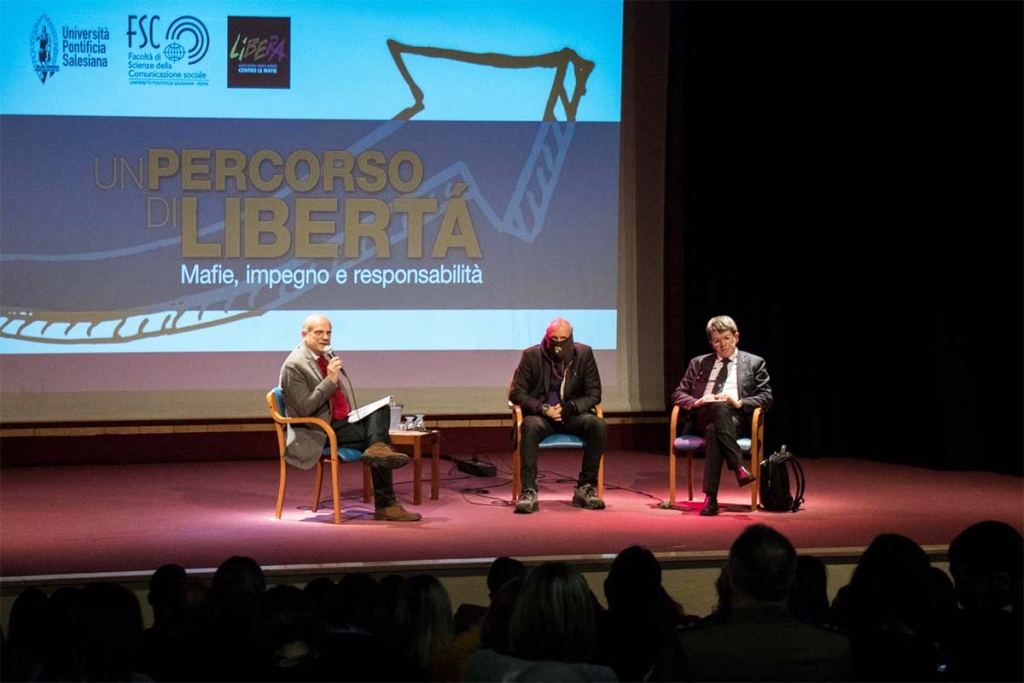 Rome, Italy - January 2020 – Inaugurated in the Paul VI Hall of the Salesian Pontifical University (UPS) was a cycle of six meetings organized by the Faculty of Social Communication Sciences and the "Libera" Association, entitled: “A path of freedom. Mafias, commitment and responsibility.” The first meeting took place on January 14: “Communicating legality in the era of systemic corruption”, and saw the participation of Colonel Sergio De Caprio, also known as “Capitano Ultimo, or Captain Last”, and prof. Rocco D’Ambrosio, professor of Political Philosophy of the Pontifical Gregorian University, and moderated by journalist and FSC professor Vittorio Sammarco. The meeting was attended by high school students, university students, educators, teachers, law enforcement officers, demonstrating their gratitude towards the professional sacrifice of Captain Ultimo who arrested the mafia boss Salvatore Riina on January 15, 1993, in Palermo. Colonel De Caprio spoke of the need for “education to giving, especially the gift of life", recalling the example of those who have sacrificed themselves for justice and legality in Italy.