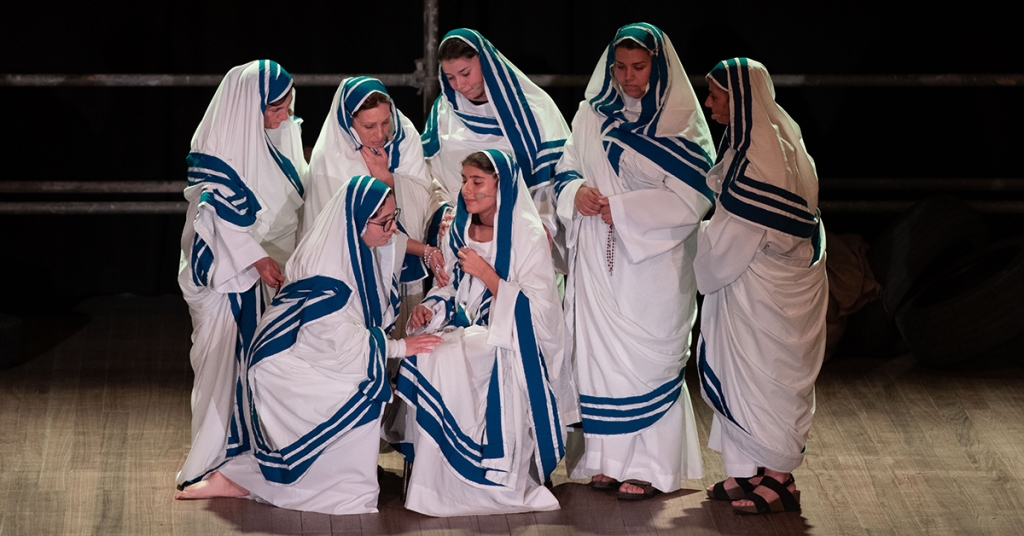 Setúbal, Portugal - January 2020 - The pastoral visit to the Barreiro / Moita vicariate by the bishop of Setúbal, Msgr. José Ornelas, ended on January 19 with the performance of the musical focused on the life of Mother Teresa of Calcutta entitled: "A drop in the ocean". The show was staged by 60 young people and various adults from the “Art & Sal” of the Salesians of Funchal and was promoted by the Youth Department of the Diocese of Setúbal. About 700 spectators, mostly young, saw the musical, which was staged in mainland Portugal for the first time. At the end of the show, Archbishop Ornelas thanked all the young amateur actors and the department for the work done, highlighting the importance of the Salesians in the pastoral work started in the diocese; in view of the WYD 2022 that will take place in the country, he invited young people to take on a leading role in the Church.