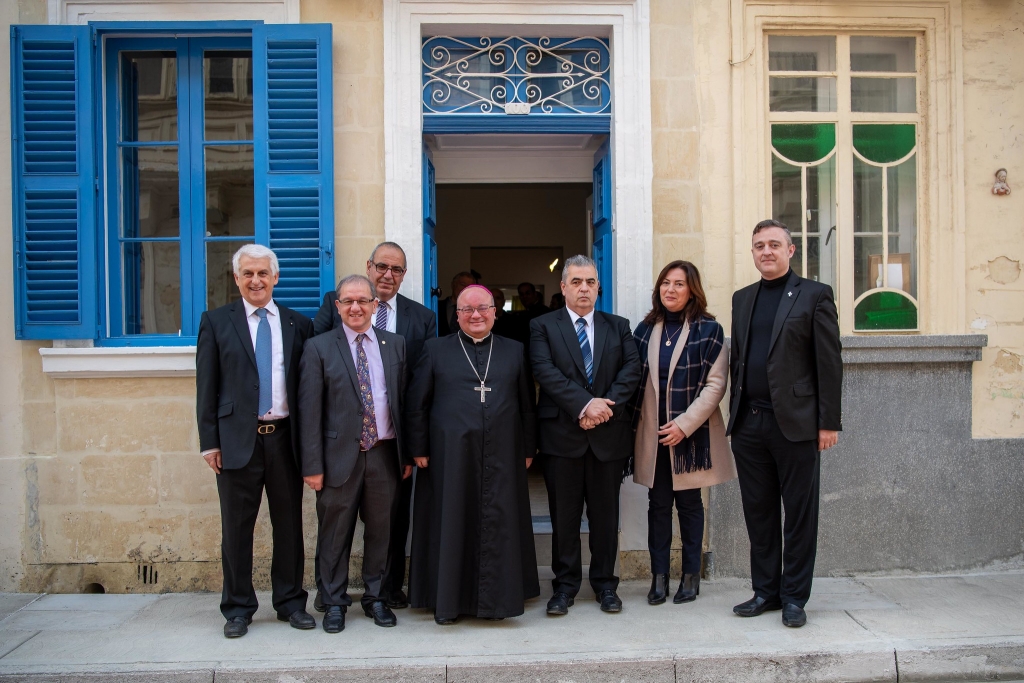 Foto: Maltese Association of the Sovereign Order of Malta

Paola, Malta - January 2020 - A social community project to help homeless young people live independently, with the support of a mentoring program, was launched by the National Federation of Past Pupils and Friends of Don Bosco in collaboration with the Maltese association of the Sovereign Order of Malta and "Osanna Pia Home". The property was donated by a benefactor to the Salesians, while the Past Pupils of Don Bosco took care of completely renovating it and transforming it into a functional house, which was named "Alberto Marvelli". Bryan Magro, National President of the Past Pupils and Friends of Don Bosco, said that “there is no better way to celebrate the 150th anniversary of the foundation of the Past Pupils than to be at the service of young people in need, with the opening of this residence for those that who are homeless.”