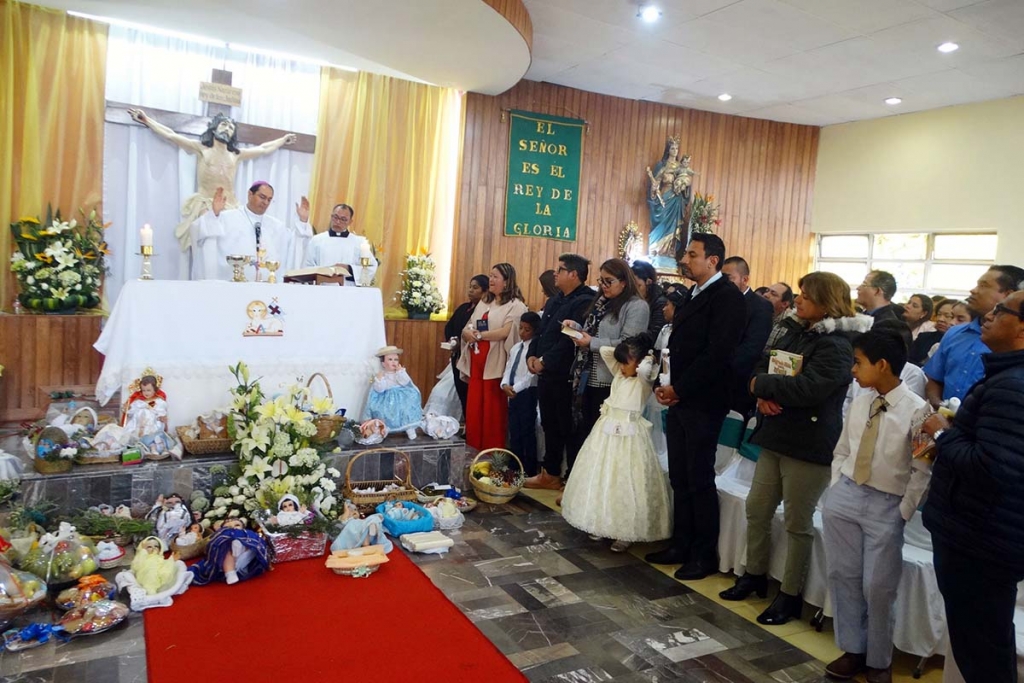 Puebla, Mexico - February 2020 - On February 2, the feast of the Saint of Youth was celebrated at the "Don Bosco" oratory in Puebla. The event was opened by the Eucharistic celebration presided over by Msgr. Rutilo Felipe Pozos Lorenzini, Auxiliary Bishop of the Archdiocese of Puebla, who congratulated the Salesians who work in the community of the "Don Bosco" oratory. During Mass, several children, young people and adults received the Sacrament of Confirmation, some made their First Communion and a married couple celebrated their anniversary. At the end of the Mass, a large event took place in honor of Don Bosco.