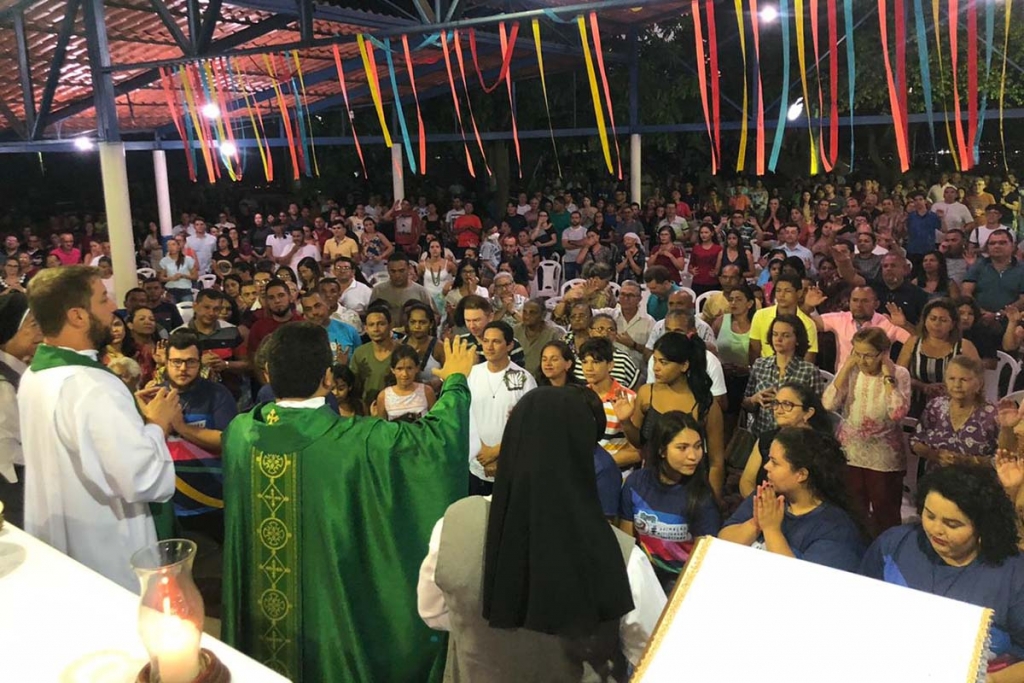 Juazeiro do Norte, Brazil - January 2020 - The Salesian National Mission meeting took place from 8 to 22 January. The Inter-Provincial Group of Missionary Animation (GIAM), made up of 12 missionaries from Santa Catarina, Paraná, São Paulo, Federal District, Goiás, Manaus and Pernambuco, met in the city of Juazeiro do Norte, State of Ceará. After the first days of acclimatization, the missionaries began their work by visiting about 180 families, meeting about 160 children and young people from the summer camps, and participating in celebratory moments with the local community and pilgrims. In addition to the experience of the mission, the young people had moments of sharing, retreat and prayer.