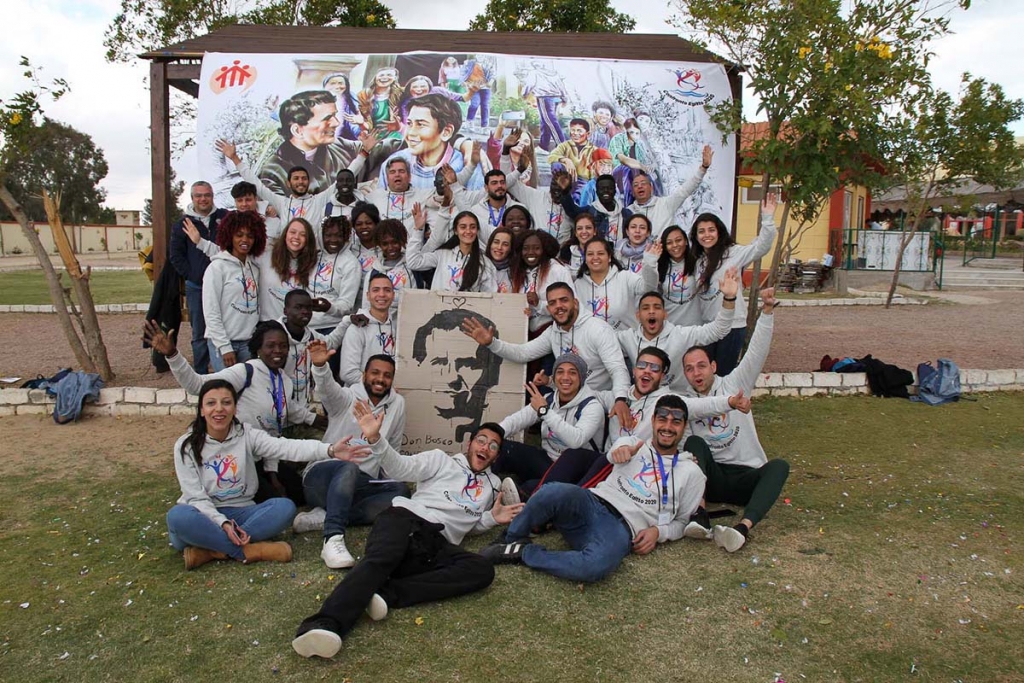 Karmet el Wadi, Egypt - February 2020 - The first meeting of the Salesian Youth Movement (SYM) of Egypt began on February 5. A four-day meeting, during which eighty animators, Egyptians and South Sudanese, from the Salesian houses of Alexandria, Cairo-Zeitun and Cairo-Rod El Farag, had the opportunity to meet, play, pray, train and reflect on the theme of the Rector Major's Strenna 2020: "Good Christians and Upright Citizens." The event was organized by the Salesian Province of the Middle East (MOR), and was animated by Fr Alejandro Mendoza, MOR Provincial, various Salesians and a Delegation of Italians led by Fr Michelangelo Dessì, part of the collaboration project between the Provinces of Central Italy (ICC) and MOR.