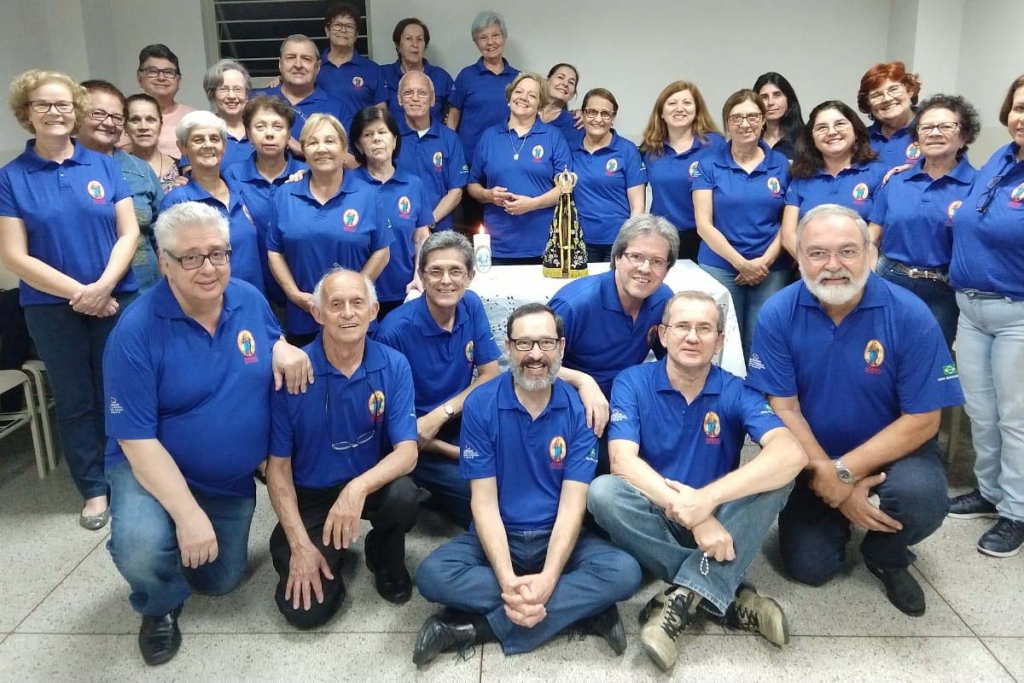 Brazil - February 2020 - On the occasion of the celebration of the 150th anniversary of the foundation of the Association of Mary Help of Christians, the ADMA groups of the São Paulo Province (BSP) received the statue of "Our Lady Aparecida" on its pilgrimage to various cities. Leaving the city of São Carlos, the statue of the patroness of Brazil travelled to Araras and Piracicaba from where, accompanied by 18 representatives of ADMA, it was taken to São Jose dos Campos to the symposium focused on the figure of the venerable Fr Rodolfo Komorek. The pilgrimage for the ADMA groups continued in Sorocaba, Americana, Campinas and São Paulo and will end in the cities of Vale do Paraíba, having covered about 1,000 km, and finally returning to Aparecida for the Salesian Pilgrimage 2020.