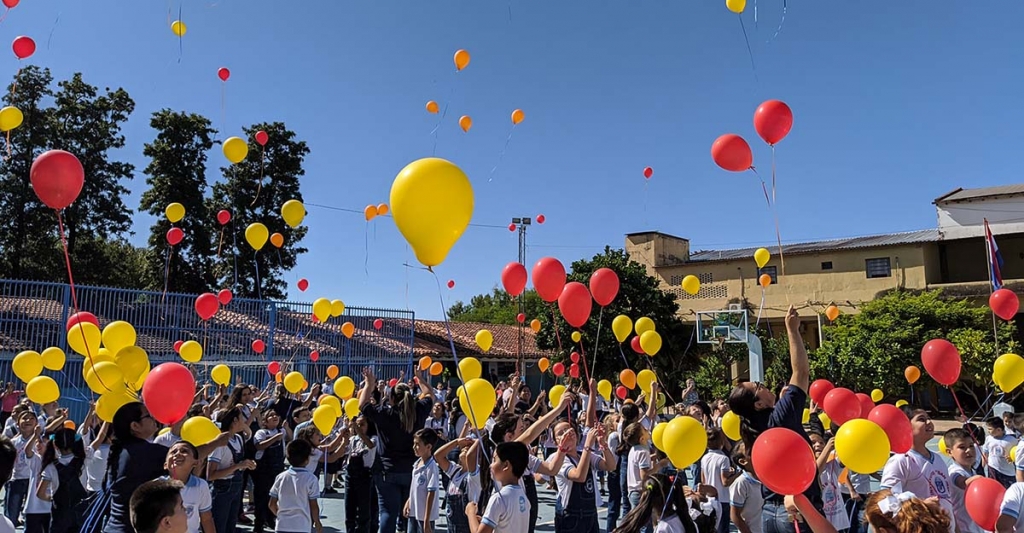 Concepción, Paraguay - March 2020 - On March 4, the educational community of the "San José" Institute of Concepción celebrated the 120 years of its existence. Celebrations began in the morning with the presence of the military band and the launch of balloons by students. Students then participated in sports tournaments and artistic clubs that lasted until the afternoon. The "San José" Institute is the second work of Paraguay; inaugurated on March 4, 1900, it gave its first lessons on the following March 19. Since that date, the institution has continued to operate by training thousands of young people according to Don Bosco's charism.