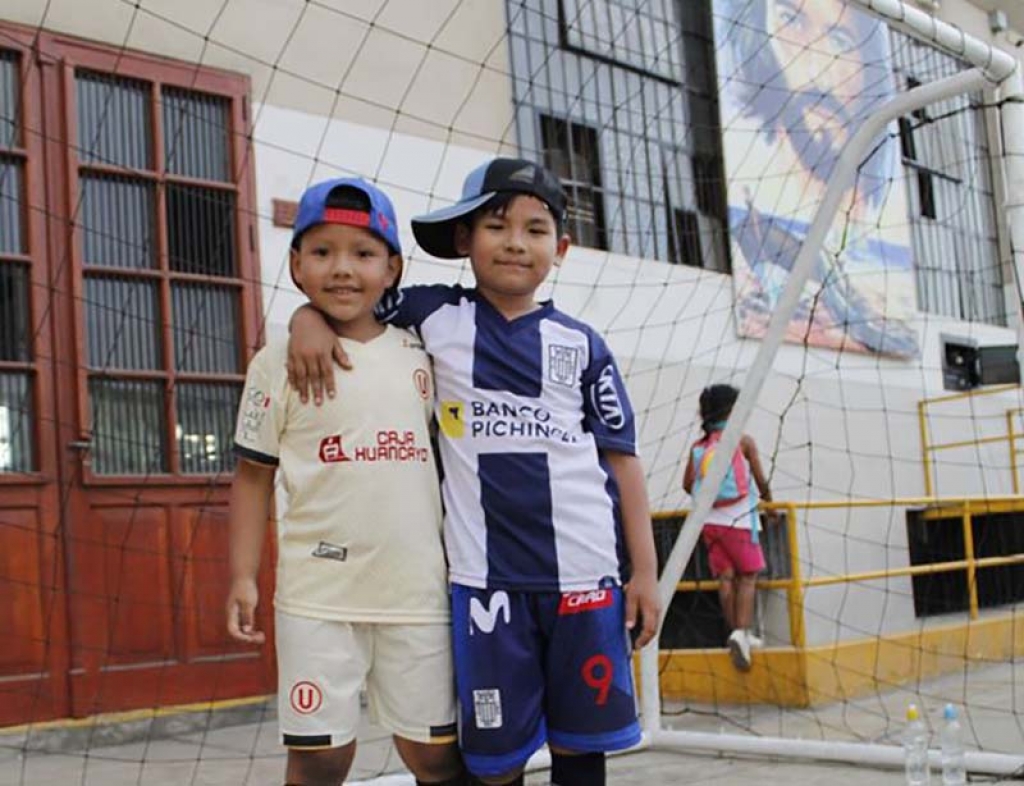 Lima, Peru - March 2020 – To win in the courtyards of the Salesian oratory of Breña was the friendship between the teams of the "Universitario de Deportes" and "Alianza Lima", who met on 8 March in a match of the so-called "classic" of Peruvian football. It was the 364th meet in history: the first was held in 1928. Memorable in Lima are the soccer fields of the Salesian oratories in the districts of Breña, Magdalena del Mar and Rímac. All over the world the Salesians have a beautiful relationship with football. In Buenos Aires the two great rivals of Argentine football - Boca Juniors and River Plate - blessed their first jerseys in the Salesian parish "San Juan Bautista". And in 1908 a young Salesian, Fr Lorenzo Massa, promoted in the oratory of San Antonio the birth of the San Lorenzo de Almagro club, which has as its most famous member, with card number 88235, Father Jorge Mario Bergoglio, today Pope Francis .