Guatemala – Salesians in Petén transmit hope in times of pandemic 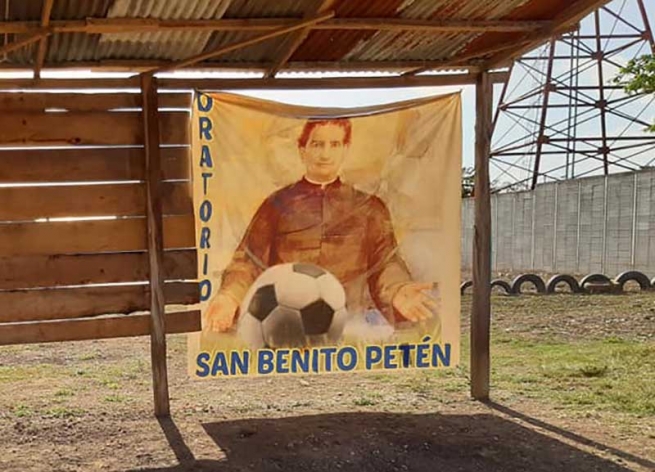 (ANS - San Benito Petén) - "Sooner or later it would come to us, too". COVID-19 did not spare Guatemala either, as Salesian missionary Fr Giampiero de Nardi confirms by email from the mission of San Benito Petén. In the Central American country, which already routinely suffers from a lack of health facilities, there are relatively few confirmed cases of infection, 70, with three confirmed victims. But beyond the data, the appearance of the virus has inevitably led for the need for all restrictive measures for the prevention of contagion.

Schools and universities have been closed in Guatemala since mid-March, and any meetings and gatherings have also been prohibited. In San Benito Petén, the Salesian mission was immediately equipped to give pastoral, social and spiritual answers to the population's needs. In the last days when it was still possible to celebrate the Eucharist publicly, the Salesians went to the various villages to inform the population of the dangers and countermeasures necessary to combat the coronavirus.

"We thought that Mass was the only place where people gather and where people can be informed on how to deal with the emergency," says Fr de Nardi. "My homily has turned more into a medical explanation, but I believe that in these cases, the good and care of the person go hand in hand with the explanation of the Word of God; also because, for what little I understand of the Christian faith, dividing Bread from bread, the things of Heaven from material things is not from God ... Who divides is, in fact, the devil. So service to people is the concrete way to bear witness to our faith."

Subsequently, all religious celebrations began to be resumed and transmitted via Facebook. In this sense, the Salesian parish is active daily with the Rosary and Mass; the Via Crucis on Friday; and two Masses, one in the morning and one in the afternoon, on Sunday. The celebrations of the Salesian Family and of the Universal Church are also re-broadcast and accompanied. In fact, the community shared the extraordinary Novena to Mary Help of Christians and the extraordinary moment of prayer presided over by the Holy Father in St. Peter's Square on 27 March.

Social networks allow Salesians not only to share spiritual life with the population, but also to send messages of hope and closeness. #QUÉDATEENCASA - #NosPreocupamosPorTuSalud are the recurring hastags. For Palm Sunday, everyone was reminded that "Holy Week is not suspended, only we shall each live it at our own home."

And the prospect offered to all is rich in Salesian hope: "We will come back again to reunite, to continue to live the joy of being children of God and Don Bosco the dreamer."