Guatemala – Between coronaviruses and social risks, Salesians hopeful: "the Lord will surely provide" 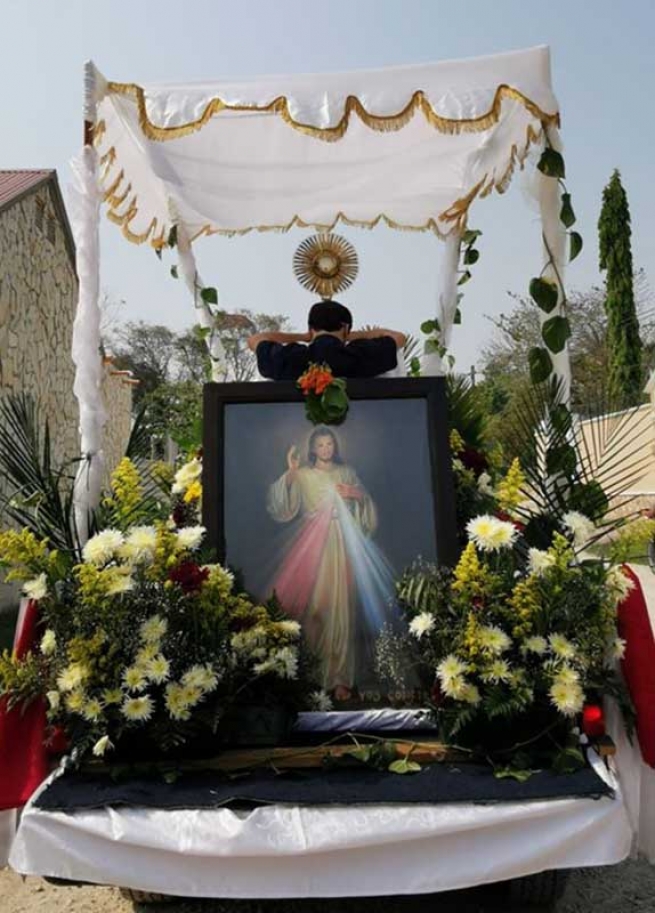 (ANS - San Benito Petén) - “The situation is quite complicated at the moment, but we also trust in God because there are signs of hope.” With a gaze to Heaven and one at their people, Fr Giampiero de Nardi, a Salesian missionary in Guatemala, has not lost heart: fortunately the country is controlling the coronavirus. The reported cases are few compared with other situations and other regions: for now there are 342, with 10 victims. In any case, the level of attention cannot certainly be lowered, especially as regards the risk that the blockade of productive activities may cause social tensions.

The President of the Republic is a doctor, why he immediately took very drastic measures to avoid propagation: curfew from 4 in the afternoon to 4 in the morning, closing of borders, transport, blocking of recreational, recreational, religious and cultural activities. And he had five new hospitals built to treat only Covid-19 patients so that they would not mix with people in other hospitals.

The biggest problem is the blocking of work-related activities. “This is creating a very serious economic downturn. Here most of the people work illegally and sporadically. They have no savings. So soon serious problems will begin: people will be hungry ... And that they may start attacking shops is very possible,” declares Fr de Nardi. In fact, the police have already gone to the Salesians to ask them to help them keep the population calm.

Meanwhile, while the President has promised economic vouchers and food crates to poor families, the spiritual children of Don Bosco have also been very busy:

1. On Saturday 18 April, they filled 62 bags of food, thanks to donations received from the capital and from the NGO "Canadian Food for Children";
2. Next month the payment of the second part of the scholarships given by "Don Bosco Missions" in Turin will be granted before initially scheduled, normally consigned in August. Beneficiaries will likely have to use them to buy food.
3. The migrant's house is closed, although the flow of migrants has not stopped.
4. Unfortunately, the clinic is temporarily closed by decision of the government. Only the clinic's pharmacy remains open.
5. The house construction project has been stopped, not being able to build at the moment; however, 12 houses had already been completed before the blockade.

Economically, it is hard even for the Salesians, who are drawing on the few resources saved over the years to pay the workers active in the parish, “It seems dutiful to me to ensure a certain stability to these people who work for us. The government has given the opportunity to terminate contracts, but it cannot be our style. We'll see... as long as we can ... Then the Lord will certainly provide. He has never abandoned us and I don't think He will do so at this moment,” concludes the Salesian.