RMG – Two important processes in which all Salesians are involved: “Animation and governance of the community” and “Young Salesians and accompaniment” 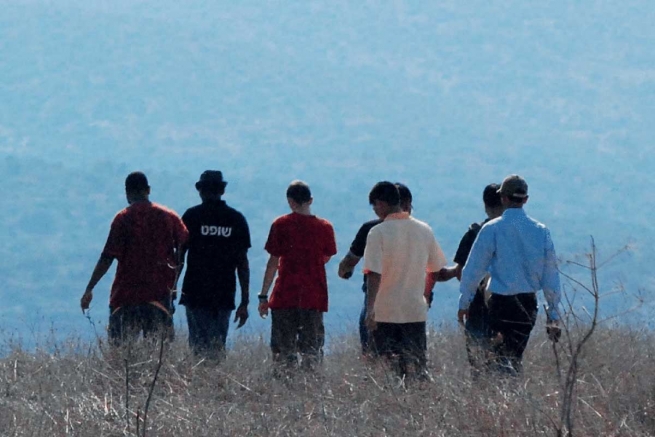 (ANS - Rome) - Two important processes had been entrusted by the 27th General Chapter (GC27) to the Rector Major to his Council. The results of the work done in the last four years of the previous six-year term were presented to the assembly of the GC28 in the form of two important documents approved by the Rector Major and his Council: “Animating & Governing the Community. The Ministry of the Salesian Rector”; “Young Salesians and accompaniment. Orientations and Guidelines.”

They are the result of a long journey which involved all the Provinces, many groups of Directors and thousands of young Salesians. After some additions proposed by GC28 they are now available for everyone in the 5 most used languages ​​in the Congregation. The Polish version is also being published.

The recommended reading is not what you would adopt for an article in a magazine, although this may be a first personal approach that is certainly interesting and useful. The suggestion that Fr Ivo Coelho, General Councilor for Formation - who followed the two processes more closely - offered through a letter sent last week, is to dedicate this first year of the six-year term to “Young Salesians and accompaniment ...” by initial formation communities. The other communities can instead focus their attention on “Community animation and governance ...”. In the second year of the six-year period, the respective center of interest can be exchanged, and the document not yet examined can then proceed.

Each of the texts is divided into three parts:

“Animating and Governing the Community. The Ministry of the Salesian Rector”

From the Formation Department, grants will be offered to facilitate a gradual approach by the communities during the next 12 months, so as to encourage reflection, discussion and contextualization of each part for each group of Salesians and Province.

The first objective these days is to ensure that digital versions of documents are widely distributed. The paper version will be prepared and accessible when external conditions permit.

Promoting the dissemination of these important documents as much as possible is also a sign of gratitude for the many confreres who in various ways have been part of this process up to this point, which is by no means the final stage. Rather, it is a new departure, or rather the main and most important phase, where the direction of the sharing that has emerged must be followed, so as to produce the desired growth and changes.

It is a concrete and authoritative way of responding together to the appeal-question of the GC28 “Which Salesians for today's young people?”

All PDFs in the 5 main languages ​​of the Congregation.