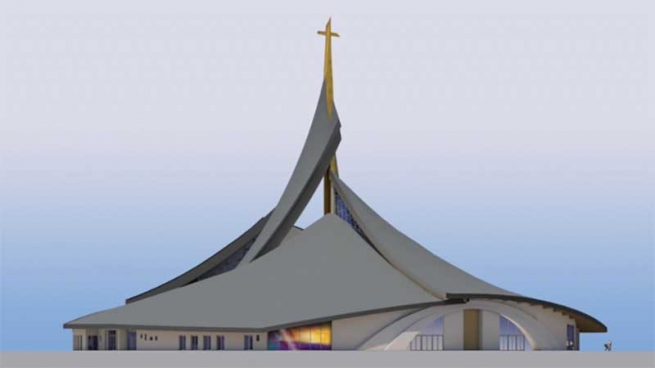 (ANS - Varzim) - "Next May we will launch the international competition for the construction of the shrine building." With these words Fr Manuel Casado Neiva, the parish priest of Balasar, in the municipality of Varzim, not far from Braga, announced the start of the project which foresees the construction of a Eucharistic sanctuary where Blessed Alexandrina Maria da Costa - Salesian Cooperator, mystic of the Eucharist and messenger of the Consecration of the world to the Immaculate Heart of Mary -  was born (1904-1955).

Fr Casado Neiva, who is also President of the Alexandrina de Balasar Foundation, made the announcement at the end of the celebrations in memory of the 16th anniversary of the beatification of the Salesian Cooperator, held on April 25th.

The priest stressed that "times are difficult, but God is a father and calls His daughter Alexandrina, and in May wants to make a gift to build all this splendid work."

The Foundation announced that the sanctuary will architecturally develop three fundamental elements: the Eucharist, Jesus Crucified and the Virgin Mary. The structure will take the form of a curtain, to recall the mantle of Mary; but the plan of the building will have a cross as its center, and the tabernacle will be positioned in the center of this cross, in the Adoration Chapel, in such a way as to be visible from every sector of the large structure: the hemicycle of the main church, the chapel containing the remains of the blessed and the chapel for confessions and celebrations of small groups.

The sanctuary complex will also include the pilgrim's reception center, hospitality, a spirituality center, an auditorium with meeting rooms, offices for the Rector's Office and the head office of the foundation. Given the size of the building, construction will proceed in stages.

In the year in which the blessed died, 1955, on the day of the 38th anniversary of the first apparition of Fatima, on May 13, Jesus appearing to Alexandrina promised her: “After your death, your tomb, your burial, will speak intimately to thousands, to thousands of sinners. Souls will come to you, and through you, as now, they will continue to be enriched."

Further information and the explanatory video of the project are available on the website of the Alexandrina de Balasar Foundation.