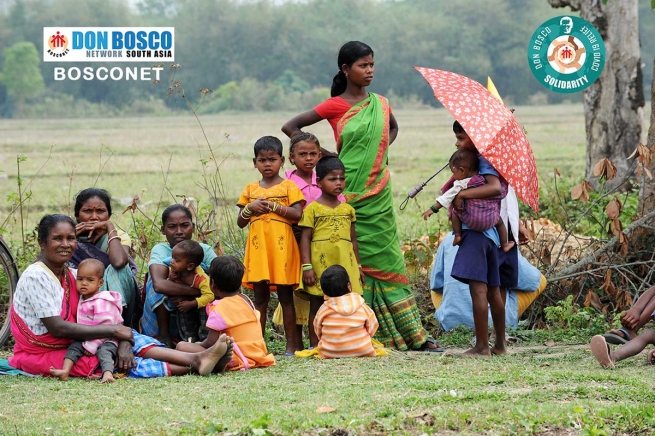 (ANS – New Delhi) – India is nearing the end of COVID-19 lockdown 3.0 and people are weary. According to their individual situations, people are weary of different things. For the poor and the migrant, it continues to be about existence: no jobs, incomes and even food in some places. Their immediate and sole concern is getting back home to a sense of emotional security. Where hopefully, they are not treated like cattle just because they are from a different state.

From 25 March to 14 April 2020, when the nation was thrown without warning into the chaos of lockdown 1.0, it was the non-governmental organisations (NGOs) such as the Don Bosco Network, who leaped to the rescue of the poor and stranded across India. These NGOs across the country fed the poor and penniless, sheltered the stranded, provided reassurance and preventive education.  India Today reported the central government’s response to the Supreme Court on 6 April, about the people fed across the country during the first lockdown. A total of 84,26,509 people were provided meals. Of these, 54.15 of lakh people were fed by state governments while the remaining 30.11 of lakh were fed by NGOs. The state-wise data presented by the Centre shows that in 13 states and Union Territories, NGOs outperformed state governments in providing humanitarian relief in the form of free meals.

With its immense reach, the Don Bosco Network consisting of 354 NGOs across the states of India, fed 10,82,446 people either through cooked food or grocery kits (1,45,822) to date. They manufactured and distributed 4,10,375 masks to people who otherwise have no access. Because of their vast experience on the ground over the decades, they knew who would be most impacted and went there quickly.

Don Bosco Solidarity COVID-19 relief found the transgender communities along the highways in Telangana and Kalaburagi, it tracked the autodrivers and rickshaw pullers in Chennai and Delhi. It identified the migrants in Kerala, Gurugram and elsewhere in their makeshift homes. It extended itself to those completely locked in, from the vulnerable elderly in the South to the children in the North East, helping them with their specific needs. Don Bosco Solidarity provided shelter and transport where possible to stranded people. It provided medical aid, health camps and psychological services wherever needed. The Don Bosco Network reached out to refugees and people living in slums and on the streets, providing food and awareness about COVID-19. The network has supported the government infrastructure through funds and supplying health workers, police and other government personnel with protective face masks. Don Bosco NGOs have partnered brilliantly with the local administration in many places to coordinate relief work for the maximum benefit.

The massive quantum of relief work that NGOs managed during these past months is not sustainable without funding. As economic uncertainty clouds the world’s horizon and jobs disappear, NGOs such as the Don Bosco Network also have to find different ways to help already-marginalised people such as the poor and migrants, cope with these long-term challenges while supporting them in the short term.