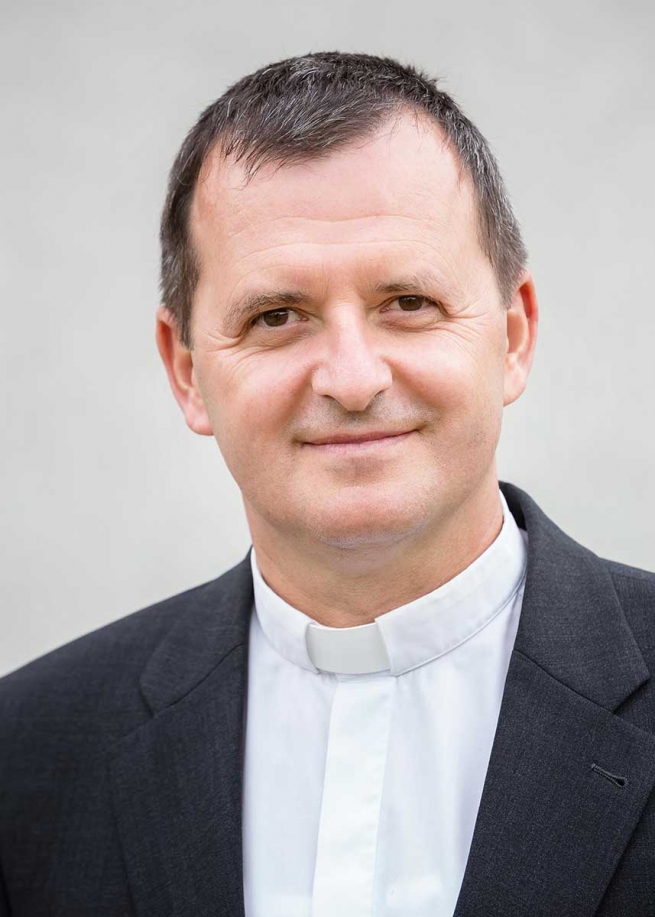 (ANS – Bratislava) – Yesterday, 20 May, on the eve of the Solemnity of the Ascension of the Lord which is celebrated in Slovakia today, Fr. Jozef Ižold, Provincial of the Salesians in Slovakia, went to the Father’s house. Fr Ižold died at 56 years of age, 29 of religious life, and 19 of the priesthood, after ten months of struggling with cancer, a period he knew how to live with deep faith and hope in the Risen Christ.

Jozef Ižold was born on January 30, 1964, in Rybník nad Hronom, in the then communist Czechoslovakia, to a simple family, but rich in living faith. After completing his high school studies, he wanted to enter the Diocesan Seminary of Bratislava. It was the only one in Slovakia at the time. Since his request was refused four times, after consulting a religious of the Missionaries of St. Vincent de Paul, he turned to the Salesians, who at that time lived in hiding, as clandestines.

In 1988 he entered the underground aspirantate and after the collapse of the communist regime, in 1990 he entered the reopened novitiate: on August 10, 1991, at 27 years of age, he became a Salesian of Don Bosco. After the post-novitiate in Nave, Italy, he carried out his formation with post-novices in Žilina, Slovakia, to return to Italy in 1994 to study Philosophy at the Pontifical Salesian University in Rome.

In 1997 in Turin-Crocetta he began his studies in Theology. After the diaconate, received in the Basilica of Mary Help of Christians, he returned among the post-novices of Žilina as a member of the formation team. He was ordained a priest on 20 January 2001, in Žilina, and remained to work in Salesian Formation.

From 2005 to 2008 he was Provincial Delegate for Formation, becoming part of the Provincial Council. In 2008 he became Vicar of the Provincial. In January 2014, the then Rector Major, Fr Pascual Chávez, appointed him Provincial of the Salesians in Slovakia. In that position, he lived and experienced, in 2017, in Bratislava, the great joy of the beatification of the Salesian martyr Fr Titus Zeman, SDB.

In the summer of 2019 he was diagnosed with a very aggressive tumor. He was treated by doctors and accompanied by his confreres, fought against his illness for ten months. Fr Jozef Ižold died on Wednesday, May 20, 2020, late in the evening, at the Provincial House of Bratislava.