RMG – New logo, but same mission for "DON BOSCO IN THE WORLD" Foundation 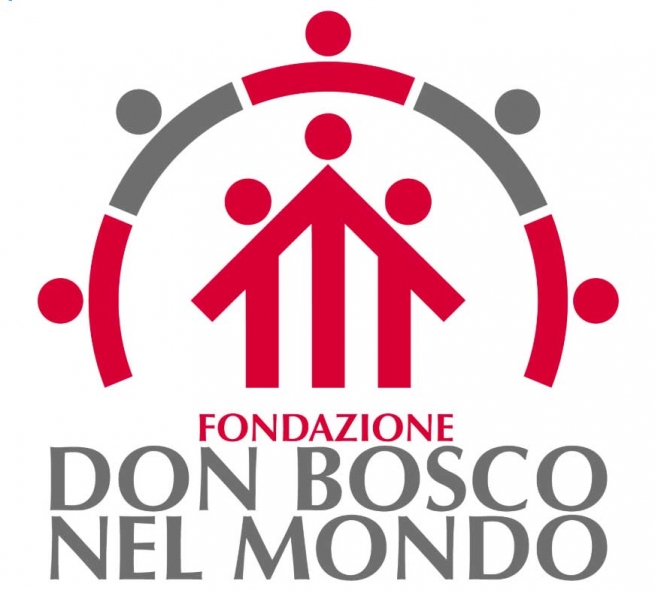 (ANS - Rome) - The "DON BOSCO NEL MONDO" Foundation - the organism of the Salesian Congregation whose purpose is the promotion, support, and development of Salesian Works and Missions across the globe - renews its graphics with a new logo, more modern and more linear, where the world is no longer seen as a physical place but as a world made of people and affections, and where the representatives of the five continents embrace each other around the Salesian Family, forming a virtual world that brings everyone together in the solidarity and the educational principles of Don Bosco.

In the logo, the house at the center is the symbol of hospitality: a place open to all those looking for support, where Don Bosco welcomes two young people who need help. The arms symbolize both a safe shelter and an arrow that tends upwards to the Trinity and to the love of God, while the semicircle of five people is stylized as they, from the five continents, huddle in a virtual embrace, receiving and giving their support.

“Our mission does not change,” the Foundation says reassuringly. “We will always be next to the most needy with educational projects, support for the most vulnerable sections of the population, female empowerment, protection of minorities, and our common home. Our vision and our goal are to educate young people and allow them to be the architects of their own change and to provide them with the necessary tools to build their own future.”

In supporting Salesian works in over 130 countries around the world, the "DON BOSCO NEL MONDO" Foundation contributes to providing food, shelter, medical care, education and vocational training to children and young people in difficult situations; and in the selection of projects, the Foundation favors difficult territorial situations and emergencies and structures that do not have the resources necessary for their sustenance.

Just to cite a few examples of the work done in the last year: in N'Djamena, Chad, the "DON BOSCO NEL MONDO" Foundation supported the literacy project involving 300 girls between the ages of 16 and 22, girls who were exposed to the risk of violence, exploitation and forced marriages.

In Paraguay, the Foundation accompanies the Salesians who are active at the Abierto "Don Bosco Róga" Integral Educational Center, and raises funds so that it can continue and improve its service to nearly 400 poor and abandoned young people.

In Zambia, in Mansa, where access to water is a serious obstacle to development, the Foundation has helped the Salesian community to equip itself with a well and water-supply equipment, thus allowing agricultural production and breeding to the advantage of 500 families from 5 villages.