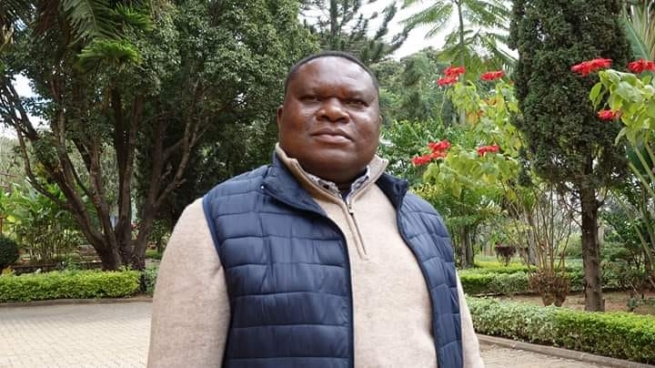 (ANS - Rome) - During the current session of the General Council, the Rector Major, Fr Ángel Fernández Artime, with the consent of his Council, has appointed Fr Innocent Bizimana as Provincial of the "Immaculate Mary" Vice Province of Madagascar (MDG) for 2020-2026.

Fr Innocent Bizimana was born in Musha-Rwamagana, Rwanda, on 25 March 1969. He did his novitiate in Kansebula, Democratic Republic of the Congo, between 1993 and 1994. He made his first profession there on August 24, 1994. He continued his formation in Kansebula, then in Madagascar where he renewed his profession year after year, first in Tulear, then in Antsirabe and Ivato. He made his perpetual profession in Fianarantsoa in 2001, where he was ordained a priest two years later, on 9 August 2003.

From 2003 to 2005, Fr Bizimana completed his studies at the Salesian Pontifical University (UPS) in Rome, where he graduated in Theology. Returning to Madagascar, from 2005 to 2009 he was a member of the Fianarantsoa community, where he was pastor and head of the oratory between 2007 and 2009, before being appointed director of Ivato Notre-Dame de Clairvaux for two consecutive three-year terms. He was transferred to Betafo for a year, where he worked as Economer, and then returned to Ivato-Don Bosco as Director. He had just been confirmed for a second term last year on May 3, 2019.