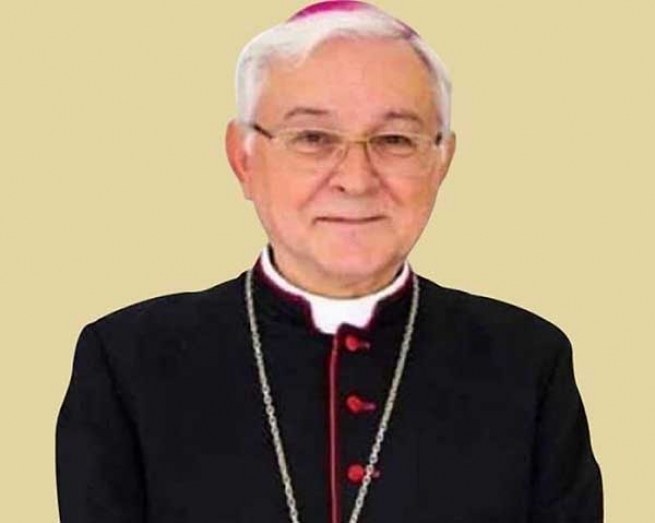 (ANS - Penedo) - Msgr. Valerio Breda, SDB, Bishop of the Diocese of Penedo, State of Alagoas, Brazil, passed away yesterday, June 16. The religious was 75 years old, of which 58 in the Salesian profession, 47 in the priesthood and 23 in the episcopate.

As a Salesian, in Italy he served the Congregation at the Salesian Classical Lyceum of Manfredini di Este and as head of the Youth Center of the Salesian parish of Padua.

A missionary in Brazil, he worked in the parish of Matriz of Camaragibe (1983-1993), and became a member of the Brazilian Society of Canons (SBC), later being appointed Provincial of the Brazil-Recife Province (BRE) in 1993. He did not complete his six-year term because on 30 July 1997 Pope John Paul II appointed him bishop of Penedo.

Ordained bishop on October 19 1997 in Recife, he chose as his episcopal motto Caritas Christi Urget (The Love of Christ drives us). In addition to carrying out his mandate as pastor in the diocese, in recent years he also held the position of President of the Biblical-Catechetical Pastoral Commission of the North-East Region 2 within the Brazilian Episcopal Conference.

Archbishop Breda had been admitted to the Arthur Ramos Memorial Hospital in Maceió on April 15 after suffering a stroke. After an apparent partial recovery, following several complications yesterday he died. During his hospital stay, he was also twice tested for coronavirus infection, but both times tested negative.

The funeral was celebrated yesterday afternoon in the Cathedral of Our Lady of the Rosary in Penedo. Due to the restrictions imposed by Covid-19, only priests from the diocese of Penedo were able to participate in the celebration inside the temple. However, to allow the faithful of the whole diocese to bid farewell to their pastor, the funerals were broadcast live on the social networks of local parishes and communities.

After Mass, the body of Msgr. Breda was buried in the cathedral.

"He spent the last 37 years of his life serving the poorest," say his family members.