Brazil – Covid-19 arrives in the Amazon, but the Indios defend themselves 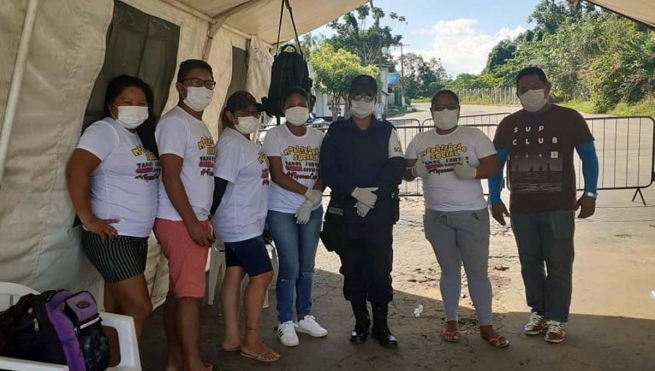 (ANS - Manaus) - There are areas of the world that are objectively marginal compared to the great economic and demographic flux, but which equally enter the whirlwind of global events. It occurred for the Amazon in this time of the Covid-19 pandemic: thus emerge the subtle, but decisive interconnection channels, those highlighted in the encyclical "Laudato Sì" of 2015 and in the Pan-Amazonian Synod of 2019.

If there was a terror that was common to observers since the beginning of the contagion, it was for the arrival of the virus in the planet's least protected areas from a health point of view. A particularly worried glance was aimed at ethnic minorities, already subject to the pressures deriving from interests for the exploitation of natural resources of their territories, and inhabitants in contexts without places of health care, availability of complex therapies, and sufficient capacity to resist contagion due to lack of production and transportation of food.

In Brazil, it was also feared that the dominant financial and political forces would take the pandemic as an opportunity for a "final solution" to the issue of the Indigenous peoples.

While Covid-19 and the wrong way to counter it have transformed the pandemic into catastrophe in cities such as Sao Paulo, Rio de Janeiro or Manaus, on the contrary, the cities and villages overlooking the forest are managing to contain the phenomenon. Witness to this is Fr Roberto Cappelletti, a Salesian missionary in Iauareté, Amazonas State, Brazil.

The first comforting fact is that the Indigenous have managed to slow down the spread of the virus through two measures: the distance from the hot spots present in the cities and the use of treatments of their own medical tradition. But it is necessary to understand how the virus got to that piece of the world, a place which takes days of navigation along the rivers to reach. A first vehicle was the traffickers and adventurers, who arrived there on business and to explore the possibilities of exploring the riches of the subsoil. The other vehicle was the rescue teams sent by the central government, not subjected to the necessary health checks. Someone thinks that this "superficial act" was somehow favored by the political attitude towards those populations resistant to colonization.

If at a superficial reading the Pan-Amazon Synod of October 2019 in the Vatican did not trigger strong mechanisms of defense of such peoples and the biodiversity heritage contained in the forest, however the desire to resist the pandemic was appropriately cultivated by the celebration in the Vatican. Even the encyclical "Laudato Sì" has done its part: beyond supporting the Amazonian question, it has shown the way of appreciating and holding dear cultural diversity and the preciousness of the peoples that constitute an essential part of a single humanity.

The announced "lesson" of Covid-19 will soon have to be put into practice to avoid new and more lethal catastrophes.