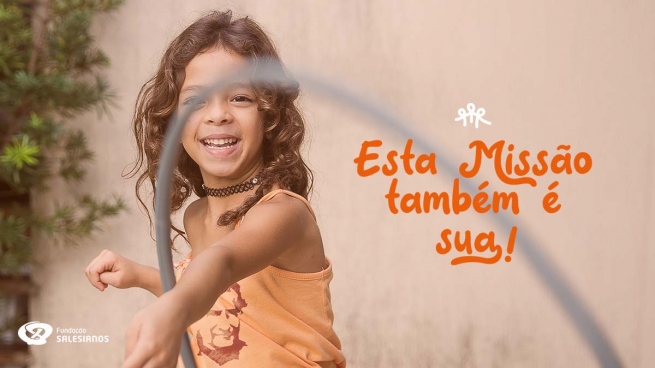 (ANS - Lisbon) - The Salesians of Portugal, through their "Fundação Salesianos", have launched the "Missão Dom Bosco - Fundo Solidário Salesiano" fundraising platform which will collect and channel funds from benefactors in favor of social action projects aimed at the most vulnerable children and young people in Portugal and worldwide. The projects will focus mainly on supporting quality education, but also on protection, promotion, health, basic hygiene, access to drinking water.

The Salesians, as a Congregation, are present in over 130 countries and already carry out various projects in these areas, both in Portugal - through the "SolSal" social service - and in developing countries. In this sense, this new body, "Missão Dom Bosco - Fundo Solidário Salesiano Salesiana", supports the actions and programs – short-, medium-, and long-term - that will be launched or are already underway to contribute towards sustainability and the achievement of objectives outlined, both in Portugal and abroad.

The platform, integrated into the website of the Salesians in Portugal (www.salesianos.pt), presents the news of Salesian social actions in Portugal and programs around the world, and also makes available different forms of contributing for donors - old and new: to become Salesian Benefactors, with recurring contributions that transversally support the work of the Salesians in the field, or to become Salesian Donors, with specific contributions to Projects and/or Thematic Campaigns which will be presented and detailed on the platform.

"Missão Dom Bosco" also guarantees that the donations received are used in their entirety for the purpose for which they are intended, with the "Fundação Salesianos" taking on the costs inherent in the operations of management, communication and remuneration of human resources. At the end of the year, a detailed report will be sent to donors, so that they are aware of the total and the use of the donations received.

“We want to pass on the example of Don Bosco and be able to be a social response to the children and young people who need it most, giving them the tools to have a future with more opportunities, in Portugal and in the world,” explains Fr José Aníbal Mendonça, Provincial of the Salesians in Portugal. “'SolSal' has done a remarkable job in Portugal, as do the Salesian missions, in countries with very disadvantaged social backgrounds. They have had very positive and encouraging results for children, young people and their families. All this encourages us to want to make a difference in these young lives and motivates us, with the support of our donors, to continue to help more and better, especially in these times of great uncertainty and social insecurity that we are experiencing.”

"Missão Dom Bosco" was launched on 13 June, the day of Saint Anthony of Padua (born in Lisbon), patron of the Salesian Province of Portugal. Its first campaign will be launched shortly and will focus on the impact of the Covid-19 pandemic in Portugal.