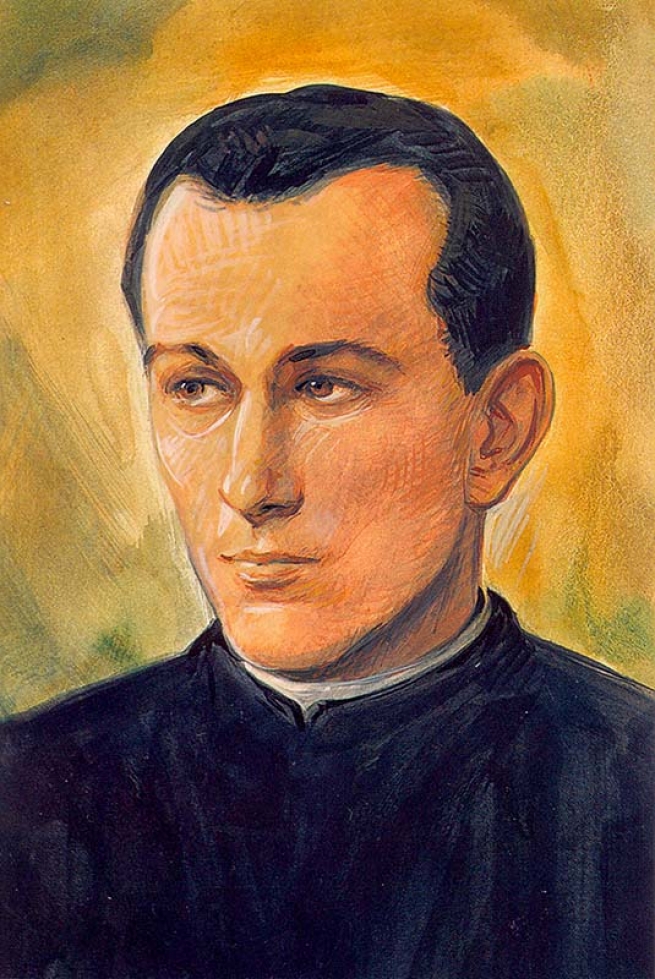 (ANS - Rome) - The 150th anniversary of Venerable Andrea Beltrami's birth, SDB, born in Omegna on June 24, 1870, will take place on June 24th. After receiving a deeply Christian education within his family, it developed in the Salesian boarding school of Lanzo where he enters in October 1883; in 1886, he received the religious habit from Don Bosco. In the two years spent in Turin-Valsalice he entered into a spiritual friendship with the Polish prince Augusto Czartoryski, now blessed. The young Beltrami is called to assist Fr Augusto, suffering from tuberculosis. Fr Beltrami also falls ill with the same disease. On February 20, 1891, the first symptoms of an illness that would later undermine his health and lead him to the grave.

The illness brings the young Beltrami a progressive consumption and forced isolation. Only the grace of faith allows him to accept that condition that day after day assimilates him more and more to the crucified Christ and that a statue of the Ecce homo, which he wanted in his room, constantly reminds him of it. "To know how to suffer": for one's sanctification, atonement and apostolate. He celebrates the anniversary of his illness as a time of grace: "February 20 is the anniversary of my illness: and I celebrate it, as a day blessed by God; auspicious day, full of joy, among the most beautiful of my life."

Ordained priest in private form in Don Bosco's bedrooms by Msgr. Cagliero, with a passionate desire for holiness, he consumes his young existence in pain and incessant work: "The mission that God entrusts to me is to pray and suffer," he says. "Neither heal, nor die, but live to suffer," is his motto. To his companion who commiserates him, he replies: 'Leave,' he said, 'God knows what He is doing; for each to accept his place and in that to be truly Salesian. You other healthy people work; I ill - suffer and pray,' thus was he convinced to be a true imitator of Don Bosco.

Exact in observance of the Rule, he has a filial openness with his superiors and a truly ardent love for Don Bosco and the Congregation. In the four years of his priestly life, he wrote ascetic books and devoted himself to hagiography, writing biographies of saints and volumes of pleasant and educational readings. He died on December 30, 1897, three months after Saint Teresa of the Child Jesus, of the same disease and with the same spirit of offering: he was 27 years old. His body rests in the church of Omegna.

Fr Beltrami's testimony confirms Don Bosco's statement: "There is only one Beltrami", as if to indicate the originality of the sanctity of this son of his in having embodied the secret core of Salesian apostolic holiness: the fruitfulness of pain lived and offered for love.