Chile – Archbishop Vargas Bastidas, SDB: "Politics of indecision generate a debt with many wounds and painful consequences, not only for the Indigenous world" 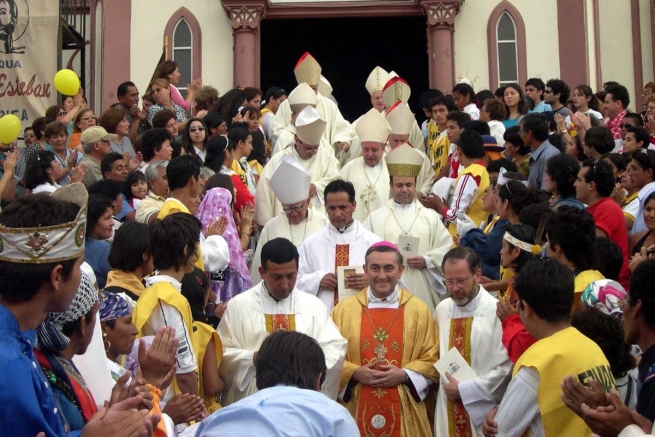 (ANS - Temuco) - Archbishop Héctor Vargas Bastidas, SDB, Bishop of Temuco and Head of Indigenous Pastoral Care of the Chilean Episcopal Conference (CECh), in an interview published by the Diario Austral of the city of Temuco on Sunday 21 June, referred to announcements and promises made to the indigenous world that have remained unfulfilled. He also spoke of the preparation of the National Day of Indigenous Peoples, celebrated June 24th.

In Chile, in 2015, President Michelle Bachelet asked Msgr. Vargas Bastidas the difficult task of leading the commission for Araucania, an indigenous territory in the Latin American country. The Commission had managed to develop a very concrete plan that involved the Mapuche world in the political, religious, economic and social spheres. In this interview, Archbishop Vargas recalls that precisely in the proximity of the deadline for defining an agreement between the government and indigenous peoples there are still some unfinished points.

"It seems to me that throughout history the relationship with these peoples has failed to meet the needs of this enormous challenge. A hesitant path is perhaps the result of a policy of indecision, which generates a debt with many wounds and painful consequences, not only for the indigenous world," said the prelate.

“It is noteworthy that Presidents Bachelet and Piñera have publicly asked these peoples for forgiveness on behalf of the State. However, there has been little real progress on substantive issues, rather than specific measures, which create confusion because the promises that the State has made to them often remain without significant effects," denounced the Bishop of Temuco.

The prelate concluded with an attitude of hope: "There is always a time when there is a will, dialogue and mutual respect between the parties, and in this scenario, no one should be excluded from contributing. Particular progress is needed in real political will to define solutions and honor commitments, which are not perceived with the necessary clarity. It is required not only by and for the good of the peoples, but by all of society and by the enormous wealth that is the identity of an intercultural Chile. The reality of faith tells us that we are all brothers, children of the same Father who is in Heaven."

Bishop Vargas Bastidas is the son of a Salesian Province which boasts a long tradition among the original peoples. The Salesians came to Chilean Patagonia to take care of them especially and Don Bosco himself sent his spiritual children to evangelize and accompany the peoples who lived in the far south of Chile and Argentina.