Italy – A life at the service of the weakest: in memory of Fr Baldassare Meli 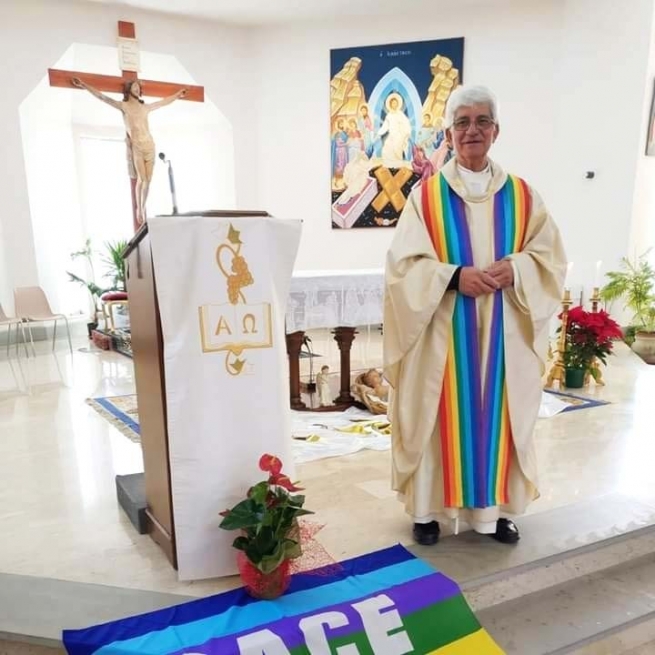 (ANS - Castelvetrano) - Reserve and pragmatism, welcome and denunciation, dialogue and action: Fr Baldassarre Meli was a man of many facets. He passed away last Saturday, June 27, in Castelvetrano. Originally from Aragona, in the Agrigento area, he became Salesian in 1960 and was ordained a priest in 1971. For 17 years, from 1986 to 2003, he was the soul of the work "Santa Chiara" in Palermo, fighting on the front line in welcoming migrants and in defense of children's rights.

In 1994, when the first experiences of welcoming migrants were beginning in Italy, the Santa Chiara work "was a bunch of rooms and small rooms all full of welcomed migrants ... We wondered how he managed to keep up with everything that took place there … I believe that the winning key was his great availability to dialogue, to listening. He was so reserved, but practical and operative," recalled Fr Domenico Ricca, SDB, former President of "Salesiani per il Sociale", who got to know him during the periodic meetings of the Salesian Council for the Sector of marginalization.

Still in Palermo, together with his confrere Fr Roberto Dominici, he denounced a foul pedophile ring that ruined the lives of minors in the working-class neighborhoods of Ballarò and Albergheria. Investigations, police raids, trials took place in 1996 and then again in 2000. The spotlights of the world lit up on that scandal.

The funeral took place on Monday 29 June, at 10:30 am, in his parish, the "Santa Lucia" of Castelvetrano, presided over by Msgr. Domenico Mogavero, bishop of Mazara del Vallo, and was broadcast on the diocese's YouTube channel.

"Passionate about the prophecy of the evangelical denunciation, what united us and made us  passionate was that barking when all around it was silent in the indifference that is humus for those who crushed and abused the little ones," commented Fr Fortunato Di Noto, President of "Meter", an association in the front line in the protection of children and in the denunciation of pedophilia.

"Fr Meli was a point of reference for the city," emphasized the mayor of Palermo, Leoluca Orlando. "We owe to him and to the community of 'Santa Chiara' so much of the cultural and political elaboration of the paths of solidarity, inclusion and welcome that are at the center of our action today."