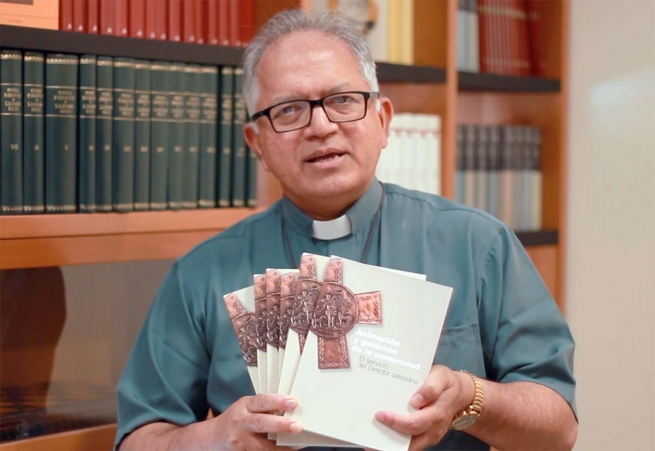 (ANS – Rome) – Fr. Ivo Coelho, General Councilor for Formation presents in a short 3-minute video the animation material offered to the Salesian communities and all confreres, to accompany the reading and community sharing on the "Animating and governing of the community - The ministry of the Salesian Rector”.

The text is now available in the 6 main languages used in the Congregation. As Fr. Ivo says in the video, "It is the fruit of the journey together of the 7 regions, of the many groups of rectors and confreres, of the two international seminars and of a patient and shared birthing of the final text."

Approved by the Rector Major and his Council in April 2019, the document was presented to the members of General Chapter 28 in the various languages and already in its final typographical form. Some modifications and additions done during the work of the Chapter have been integrated in the final edition.

Meanwhile, the printing of the text has started according to the number of copies requested by the provincials even though there is a slowing down due to the pandemic. Online subsidies are offered to facilitate the use of this new tool for the ongoing formation of communities during this first year after the Chapter.

Fr. Ivo continues: "There will be a video interview with the Rector Major presenting the whole process of coming up with the text. And then three introductory videos for each of the three parts of the text, together with PowerPoint presentations, notes and other materials. We will have four units of material that can help in the reading and sharing in the community. We will send the materials slowly, each unit at an interval of about three months apart from each other".

Referring to what the Rector Major says in the introduction, Fr. Ivo insists that it is a gift and at the same time a proposal of a path for every confrere, and not just for the rectors.

"This text is just the starting point. What matters, dear confreres, is what happens from here on, house by house, for everyone, for each confrere in the Congregation. ... It is the path of growth that we want to make together, thanks to this instrument."

The third part above all, entitled "The Rector and the Shared Salesian Mission", concerns the entire educative pastoral community, where the Rector and the confreres are at the side of the members of other groups of the Salesian Family and many other people who share in the mission of Don Bosco in different ways.

This text opens on a very wide horizon; it encourages and directs orients our presence in the Church, in the locality, among the people of so many different cultures and also religious traditions, where the Salesian communities in the world are present today.

At the following link, you can access the video in English version: https://youtu.be/ddMcQC0UnZ8