Syria – The lives of Samar, Rashad ... And millions of Syrians are still in danger 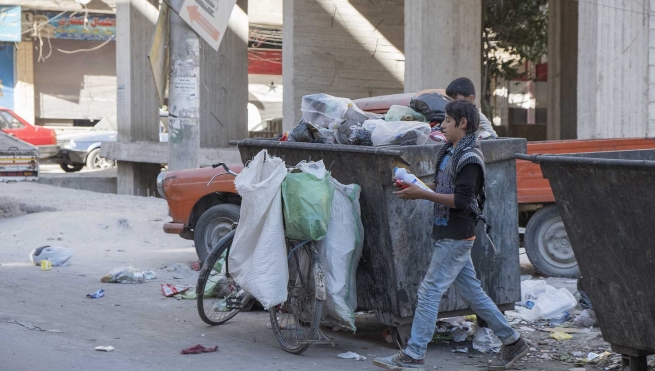 (ANS - Damascus) - In Syria, after the first recorded case of contagion from Covid-19, the confirmed cases are 372 and the victims 14; but, as in other countries, the data are not completely transparent and the contagion has been increasing in recent weeks. According to the World Health Organization, a large-scale outbreak could be catastrophic for the population: half of the hospitals were destroyed by the war and more than 50% of medical personnel were killed during the conflict or have left the country.

If the virus were to spread to refugee camps it would be impossible to contain it, because physical distancing is unattainable. For this reason, over 200,000 people are leaving the camps to look for other temporary shelters or to return to their old houses, almost completely destroyed by the bombings.

The increasingly drastic economic deterioration has not stopped. The main concern for the whole population is economic instability and the lack of basic necessities.

Samar's story is a cross-section of Syrian reality: a 51-year-old woman, she lives in the Alidan area in Aleppo with three children aged 20, 18 and 15 years. Her husband passed away in 2016. She doesn't work, and the family's only source of income is the work of the three boys. All three were working in a restaurant, which was closed at the beginning of the containment measures; thus, all three lost their jobs, a job that allowed them to have a small daily source of income, enough to survive.

Since the beginning of June the government has allowed the reopening of activities, but the country is now collapsing. The devaluation of the currency has caused a dizzying rise in the prices of all goods and this concretely influences the lives of numerous Syrian families, such as Samar's - especially after having lost the only source of income - or like Rashads, who owns a small dairy products distribution shop.

Rashad is a beneficiary of the youth entrepreneurship support project created by the Salesians in Aleppo and Damascus; a pupil of the Don Bosco Center in Damascus, he is married and has two children. Thanks to his entrepreneurial career, he had managed to start his small business, which unexpectedly – and happily - yielded fair earnings until, due to the epidemic, all shops have had to close.

The closure of his business was a serious blow, but recovery has also not been easy. The drastic change in prices has become a huge problem, because it means that customers ultimately have low purchasing power. He himself cannot keep prices constant, because with a day's earnings he cannot buy products from suppliers for the next day.

Thousands of Syrian families are on the verge of financial ruin, also due to the drying up of foreign remittances and the renewal of anti-Syrian economic sanctions.

Further information is available on: www.missionidonbosco.org