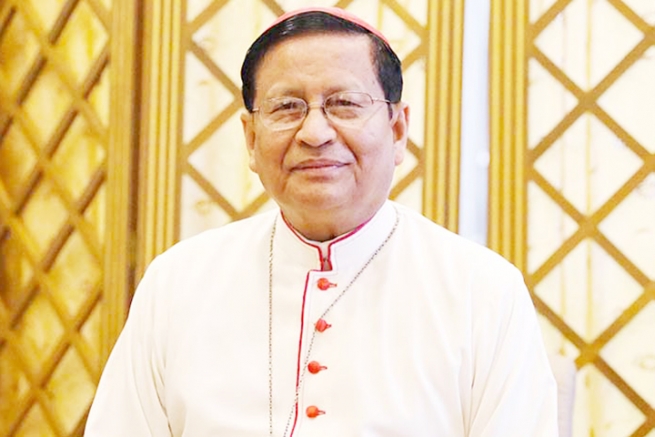 (ANS - Hong Kong) - "On behalf of the Federation of Asian Bishops' Conferences, I call on Christians of all traditions and people of all faiths, throughout Asia and the world, to pray for Hong Kong, indeed for China and all her people, with great insistence." Thus began the heartfelt invitation to prayer of Cardinal Charles Maung Bo, Salesian, archbishop of Yangon and President of the Federation of Asian Bishops' Conferences (FABC).

The invitation to prayer comes a few days after the approval by the People's Republic of China of the new national security law, which was followed by demonstrations and arrests. The new law was approved, as Cardinal Bo himself explains, without any public discussion and actually goes beyond the principle of "one country, two systems". The situation in Hong Kong, after months of protests, therefore remains very tense.

"I am concerned that the law poses a threat to fundamental freedoms and human rights in Hong Kong," says the cardinal. "This legislation potentially undermines freedom of expression and assembly, media freedom and academic freedom. Arguably, freedom of religion or belief is put at risk ... ", he continues.

Freedom of worship, according to the new provisions, is not directly affected. However, Card. Bo is concerned about the side effects that these can bring. The restrictions on the freedoms of assembly, in fact, "could result, for example, in the monitoring of religious preaching, the criminalization of candlelit prayer vigils, and the harassment of places of worship that offer sanctuary or sustenance to protesters. It is my prayer that this law will not give the government license to interfere in the internal affairs of religious organizations and the services they provide to the general public."

It is in light of all this, therefore, that the Salesian cardinal makes a strong appeal for prayer, with the hope that significant reforms and compromises will be achieved in the meantime.

"For these reasons and in the spirit of the prophets, martyrs and saints of our faith, I urge people to pray for Hong Kong today," he said. "Pray for the leaders of China and Hong Kong that they respect the promises made in Hong Kong, the promise to protect basic liberties and rights. May I urge all to pray for peace."