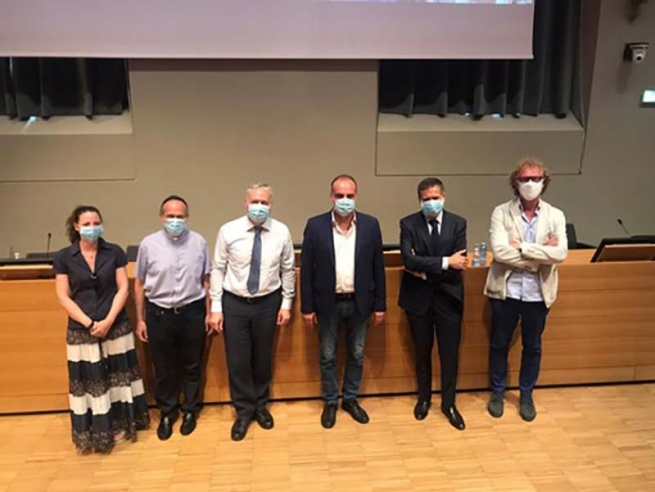 The agreement facilitates permanent forms of scientific collaboration, including via integrated research projects between teachers and researchers. From a didactic point of view, it offers the opportunity to the respective students to attend single teaching courses activated at other universities, take the related exams and obtain the recognition of credits consistent with the course of study. The universities also undertake, where curricula and related qualifications are present, to encourage mutual recognition.

The agreement also facilitates, according to ways and times to be established, the mutual access of students and teachers to the various teaching and support structures, such as libraries and laboratories. Finally, joint-degree curricula aimed at achieving academic degrees, interuniversity specialization courses, specialization courses and research doctorates may be activated.

Special attention is paid to the meeting and knowledge between their academic communities; the three universities will encourage joint initiatives for the well-being of the people involved and the civil communities in the territory.

"The signing of this cooperation agreement constitutes an important strengthening of the university and academic network in the scientific and educational field," said prof. Stefano Geuna, of the University of Turin. "In addition to this, however, it includes concrete actions and joint initiatives aimed at pursuing the well-being of people, enhancing the human capital operating in the respective university communities: a further demonstration of the vocation for social and civil development of our universities."

“Research is increasingly transversal and encompasses disciplines that were once quite distinct and separate, which are now integrated into complex projects. This convention goes precisely in this direction of collaboration at the city level, to the benefit of the students of the three universities and of all our research activities," added the Rector of the Polytechnic of Turin, Guido Saracco.

"The stipulation of this agreement assumes a particular meaning for our territory," commented prof. Alessio Rocchi, Director of IUSTO (UPS). "As universities, we have the concrete possibility of cooperating locally in order to compete better globally; in the face of present and future challenges, our universities can really make a difference in the production and enhancement of knowledge."