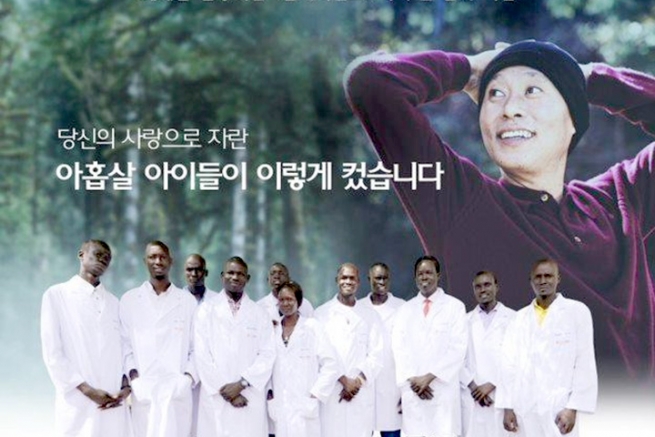 (ANS - Seoul) - A second film focusing on the life of Fr John Lee (1962-2010), a Korean Salesian missionary in South Sudan from 2001 to 2009, was released last January. It is a documentary directed by Ku Su Hwan, who ten years ago had already directed "Don't Cry Tonj". The film is produced by KBS (Korean Broadcasting System) in collaboration with the Salesian Province of Korea.

The documentary is titled "The Resurrection." It features the testimony of about 70 Past Pupils and students of Fr John Lee, who died of cancer in 2010. Fr Lee was a missionary, a doctor, teacher and animator of the oratory in the city of Tonj in South Sudan during the difficult years of the civil war.

The producer and director, from 2010 onwards, began to visit the city of Tonj annually and, through these visits, acquired the personal knowledge and trust of many Past Pupils, who narrated their stories in detail. They then shared their memories of Fr Lee, remembering him in the Oratory or in the school. Watching the documentary, anyone can perceive the joy and enthusiasm of Don Bosco's educational style, based on unconditional love for others.

In December 2019, the Salesian Province of Korea presented the film at a press conference, informing journalists in advance that 2020 would be a significant and meaningful year for the memory of Fr John Lee. The Salesians of South Korea, in fact, are dedicating special attention to Fr Lee in this 2020 and, by the end of the year, another documentary on the missionary's life is also planned.

Precisely on the tenth anniversary of his death, his life is therefore retraced, so that it becomes an inspiration for many young people to serve the most needy.

The documentary will be available shortly, subtitled in English. For now, the trailer of the film is available on YouTube.

Also, there is a presentation curated by the Korean Episcopal Conference.

And an interview with the film's director.