RMG – Farewell to Bro. Celato, SDB: a whole life in the service of the Congregation 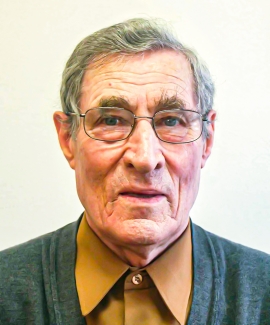 (ANS - Rome) - Don Bosco said: "When a Salesian dies working for souls, the Congregation has experienced a great triumph and the blessings of Heaven will descend abundantly on it." Today is therefore a day of triumph and blessing for the Salesian Congregation, given that the Lord has called Bro. Renato Celato, Salesian Coadjutor, for decades at the service, tireless and discreet, of the Rectors Major and of the community of the Salesian Central Office.

Born 96 years ago, on 22 September 1923, in Ribis, Reana del Rojale, in the province of Udine, Italy, he was fascinated by the smile of Don Bosco seen in a postcard produced for the canonization of the Saint of Youth, which took place in 1934. The following year he entered the aspirantate of Colle Don Bosco and did the year of his novitiate during the war, between 1940 and 1941. He made his perpetual vows at Chieri, Villa Moglia, on August 16, 1947.

He spent the first years of service almost always at Colle Don Bosco, tirelessly caring for the endless expanse of fruit trees and the numerous beehives.

In 1959 he received in obedience the position of driver of the Rector Major, at the time, Fr Renato Ziggiotti. As usual, he fulfilled the mission with dedication and confidentiality, and was confirmed in this position also under the Rectorates of Fr Luigi Ricceri, Fr Egidio Viganò and Fr Juan Edmundo Vecchi.

"As a driver of the Rectors Major, I have traveled a lot, throughout Italy and Europe. And always with the utmost discretion. When I started in Turin, they told me: 'You are blind, deaf and dumb'," he recalled.

After leaving the post of driver, he had no thoughts for rest: he began to devote himself to the internal Post Office, a position he held until a few weeks ago.

His spiritual testament is contained in a few sentences pronounced in an interview with the Salesian Bulletin: "I've always tried to say 'yes'. And be useful to everyone, even if it cost me ... Day and night available to everyone, always ready for any service."

He passed away at 4 am on Friday 7 August 2020, delivering to all his younger confreres an unparalleled model of docility, obedience, passion for work and dedication to the Congregation.