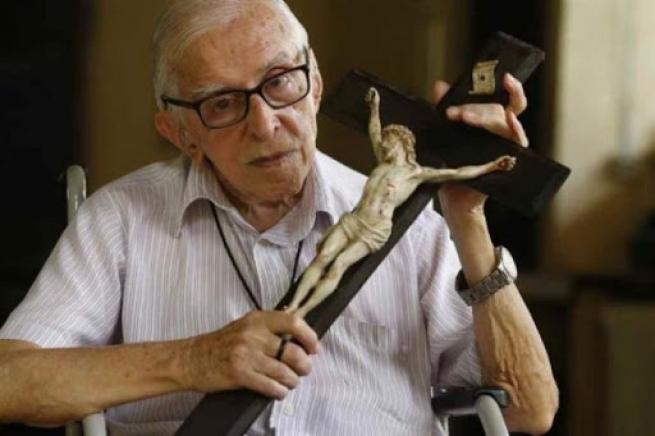 (ANS - Batatais) - Bishop Pedro Casaldáliga, 92, prelate emeritus of São Félix, State of Mato Grosso, belonging to the Congregation of the missionaries Sons of the Immaculate Heart of Mary (Claretians), passed away on Saturday 8 August in Batatais, State of Sao Paulo, Brazil. Fr Casaldáliga, born in Balsareny, Catalonia, prelate of São Félix from 1971 to 2005, was a well-known bishop and a point of reference for his battles in favor of human rights, indigenous rights and creation.

In 1971 he wrote the courageous pastoral letter "A Church in the Amazon at war against large estates and social exclusion", in which he denounced the evils that are more current than ever: land grabbing, growing inequalities, the suffering of local populations. He can, therefore, be considered a precursor of that sensitivity that gave life to the recent Synod for the Amazon.

He was a close friend of the Servant of God Fr Rodolfo Lunkenbein, SDB, with whom he founded and collaborated in the Indigenist Missionary Council (CIMI). On 15 July 1976 Fr Lunkenbein and the Indian Simão were killed in the Salesian mission in Meruri and on the following 18 July Mgr. Casaldáliga wrote in Meruri's Book of Condolences: “July 15 is a historic date in the history of the new Missionary Church. Rodolfo and Simão are two other martyrs, broken in love, according to the word of Christ: the Indios gave his life for the missionary. The missionary gave his life for the Indios. For all of us, Indios and missionaries, this blood of Meruri is a commitment and a hope. The Indios will have the land! The Indios will be free! The Church will be indigenous!” A prophetic synthesis of a story of love and a cross to bear, of sweat and blood, of faith and courage.

Pope Francis, in his post-synodal apostolic exhortation Querida Amazonia, published on February 12, 2020, quoted one of the poems of Mons. Casaldáliga: “Shadows float from me, dead wood. But the star is born without reproach/over the expert hands of this child, that conquer the waters and the night. It has to be enough for me to know/that you know me
completely, from before my days.” (Carta de navegar - Pedro Casaldáliga); its aim: to emphasize and make the "relationship with God present in the cosmos into an increasingly personal relationship with a Thou who sustains our lives and wants to give them meaning, a Thou who knows us and loves us." (n. 73 of Querida Amazonia).