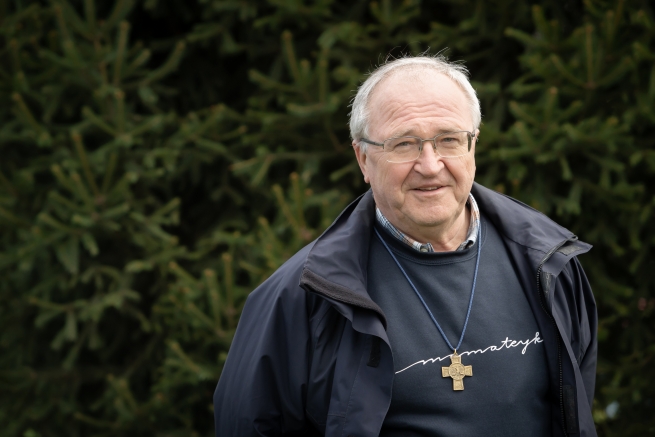 (ANS - Bratislava) - The Salesians of the "Mary Help of Christians" Province of Slovakia (SLK) reported that yesterday, 12 August 2020, Fr Štefan Turanský passed away and entered eternal life. He was 64 years old, 44 years of religious life, and 35 of priesthood. Fr Turanský was Provincial of Slovakia from 2005 to 2008 and in March 2008 he participated in the 26th General Chapter, where he was elected as Councillor for the Central-Northern Europe Region. He suddenly passed away while on vacation in the mountains with his confreres from his community, that of Bratislava-Mamateyova.

Fr Štefan Turanský, a Salesian priest, was born on 11 September 1956 to a Slovak family in the village of Selenča, in the then Yugoslavia, now Serbia. After completing his high school studies in the "Slovak Institute of Saints Cyril and Methodius" in Rome, he entered the Salesian novitiate in Lanuvio in 1975, and on 11 September 1976 made his first profession.

He underwent his priestly training and theological studies in Turin-Crocetta and at the Salesian Pontifical University (UPS) in Rome and was ordained a priest on 27 July 1985 by the Slovak bishop Msgr. Dominik Hrušovský. In 1990 he was sent to Slovakia.

His longest stay was in the Salesian house in Žilina, where he held the position of formator of the post-novices and director of the community. In 2001 he obtained his doctorate in Sacred Theology at the University of Komensky in Bratislava, and his doctoral thesis "Fragility of the consecrated vocation" was published by Don Bosco publisher in Bratislava.

After having served as Director of the community of Theologians in Bratislava, he fulfilled the role of Provincial of Slovakia from 15 August 2005 until March 2008, and then for three years was a member of the General Council of the second term of the Rector Major Fr Pascual Chávez.

Returning to Slovakia for health reasons, after a short period of recovery and convalescence, he was appointed Director of Theologians at the Gerini house in Rome.

In 2016 he was assigned to the pastoral community of Bratislava-Mamateyova, where he dedicated himself to accompanying Salesian Cooperators and families. Yesterday, August 12, while taking a short walk wth his confreres in the Zapadne Tatry mountains, Slovakia, he suddenly died.

The funeral will take place on Monday 17 August in Bratislava.