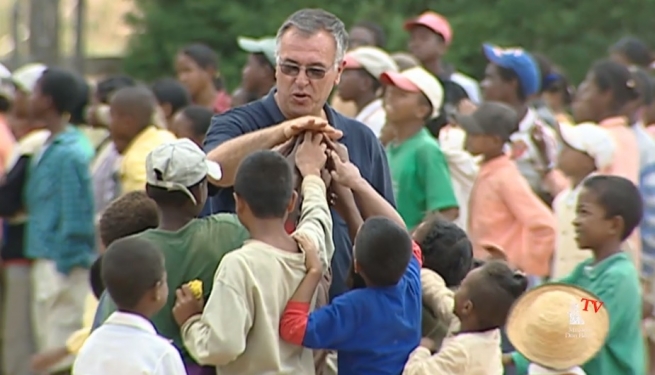 (ANS - Pointe d’Esny) - The nightmare of a environmental disaster is materializing off the coast of Mauritius: the Japanese tanker MV Wakashio, which ran aground on July 25, broke in two. An enormous amount of oil has spilled from the ship, which now threatens the coral reef and the entire economy of the small south-western Indian Ocean state. Fr Maurizio Rossi, a Salesian, who has been working in this area for 27 years, intervened on the tragic event. "This is our planet," said Fr Rossi, "we must take care of it and the political class must also be involved."

"The consultants of France and Japan have been working for days alongside UN experts: it's a national disaster, but in fact a global one, because Mauritius is a world heritage," added Fr Maurizio Rossi, a Salesian who has lived in the Indian Ocean, first in Madagascar, now in Mauritius, where he directs the San Gabriel Vocational Training School, which welcomes about 250 young people aged 15 to 18; boys and girls from poor families, who have not yet finished their studies and who risk living in the streets. Among these young people there are also some Creoles, descendants of the slave families of the late 19th century, who unfortunately are still very discriminated against.

It is these young people who have made themselves available to create straw tails and other materials, to try to absorb the oil. Together with the Salesians, the young people are working above all to try to form a new mentality that is respectful and attentive to the environment, vital for their survival.

"According to local media, the ship will be transferred to port so as not to cause further damage. Prime Minister Pravind Jugnauth asks the Japanese owner of the ship for compensation, while many questions remain about what happened," explains Fr Maurizio. "But what worries me most is once again the thirst for money. This problem has been caused by the fact that many are not interested in the environment."

The sea, for Mauritius, is a source of life and this disaster also directly affects the economy. "When oil began to spread, no one could fish any more," explained Fr Maurizio. "Many fish had already died on the surface, so it's an environmental disaster that affects especially the poor and fishermen who fish by hand. Destroying such a reality means bringing a population that lives off fishing to its knees. In all this, it is above all necessary to make the Pope's will understood: this is our planet and we must take care of it."