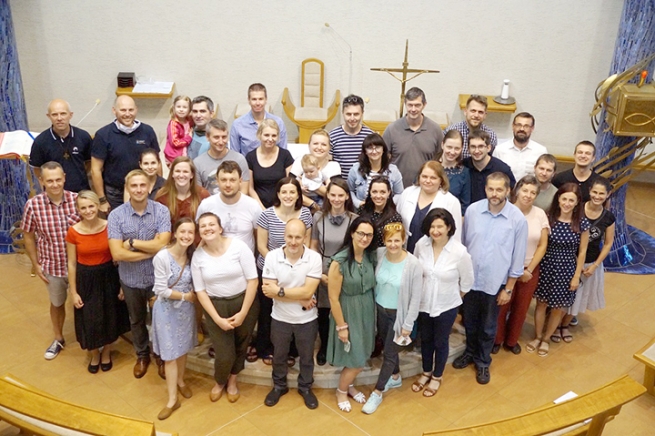 The formation of a local center of Past Pupils in the Slovak city of Prešov began five years ago, in 2015. " At the meeting of the Educative Pastoral Community (Oratory-Youth Centre) by chance I got hold of the Don Bosco Express Magazine, an official publication by the Slovakian Federation of Slovakia. And from this accidental encounter came my question: 'Who are the Past pupils of Don Bosco?'", explains Jozef Peklansky. A few days after his question, the Salesians of Prešov contacted him and, after a year, several meetings and evaluations on the pros and cons, it was decided to create a new center for Past Pupils in Prešov.

The formation of the Prešov Past Pupils of Don Bosco Centre (Union) began 5 years ago (in 2015). "We communicated with the then Salesian Rector in Prešov, Fr Martin Kačmáry, about the possibilities of support from the SDBs," continues Mr. Peklansky. "We took over our mission and looked for opportunities to engage - so that we could share in the Past Pupils goals together with other components of the Salesian Family in Prešov."

On 8 December 2018, symbolically on the anniversary of Don Bosco's first oratory and the feast day of the Immaculate Conception, Mass was celebrated for the opening of the new center. Since that day, 69 members have joined. Most are inhabitants of Prešov, while others live in the Czech Republic or even in America. Many of the centre's members are involved in leading small Christian communities, others are sports coaches, or perform duties at the local church. Twice they have been entrusted with organizing the feast day of Don Bosco on 31 January and have participated several times in the social project "Let's give a smile".

"Our identity is anchored in the fact that we love Don Bosco and out of gratitude to the Salesians (SDB) we want to pass on what we have received. Our great blessing is that we have great support from the Salesians. We try to respond to their needs and they can feel support in us," concludes Mr. Peklansky.