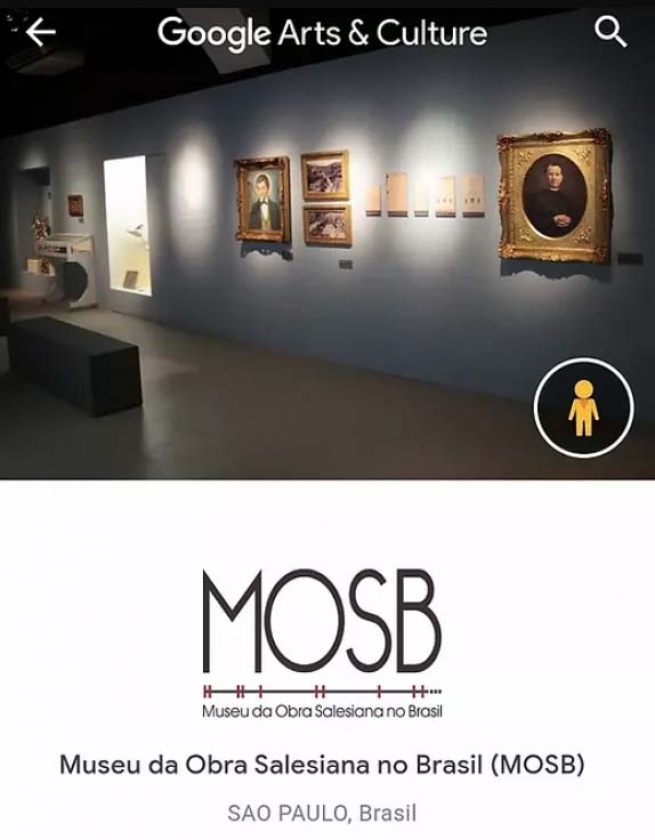 (ANS - São Paulo) - The Museum of the Salesian Works of Brazil (MOSB) can now be visited through Google Arts & Culture, an online collection of high-resolution images of works of art exhibited in various museums around the world. Thanks to this platform, launched in 2011, it is possible to visit many museums, scattered in every corner of the globe. The museum exploration feature uses the same technology used by Google's Street View project.

The MOSB, which can now be admired and visited online, was officially created in 2008 and is a private institution located on the premises of the “Liceu Coração de Jesus” College. The purpose of this museum is to preserve, study and disseminate the great heritage of the Salesian Congregation in Brazil. The museum has a vast collection, which includes music collections, photographs, archives, clothing and much more.

The MOSB preserves materials from the late 19th century and also houses a large taxidermy collection, with numerous species of stuffed Brazilian fauna, which were mostly used by Salesian priests and teachers for natural science lessons at the end of the nineteenth and early twentieth century. There is also a rich collection of mineralogy and sacred objects.

Of great interest is the MOSB music collection, in which sources are preserved that refer to other concepts related to the teaching of music, which thus becomes an important field of research. The costume collection, on the other hand, is made up of vestments used by Salesian priests. The collection also includes chasubles, copes, shoes, gloves, caps, hats, mitres and belts.

As mentioned, the museum is part of the historical building of the "Liceu Coração de Jesus", the first Salesian house founded in São Paulo in 1885. The school has been declared part of the Historical, Archaeological, Artistic and Tourist Heritage of the State of São Paulo in 2013. In the complex there are also the Shrine of the Sacred Heart of Jesus, in neoclassical style, built in 1881, and the “Grande Otelo” Theater.