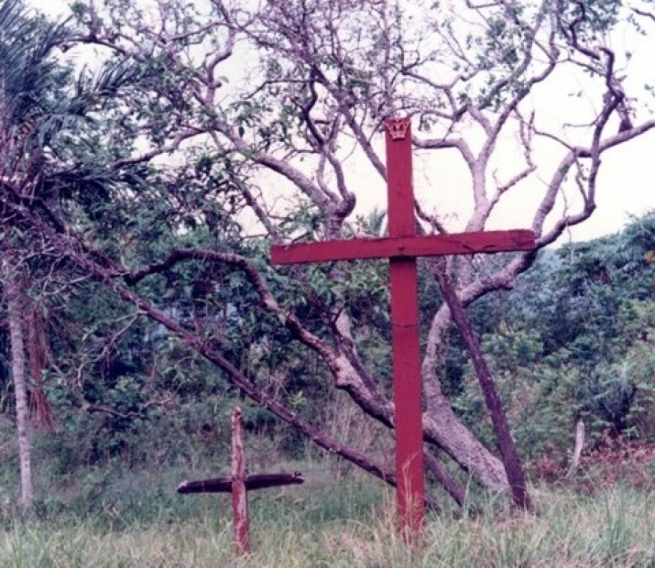 (ANS - Campo Grande) - Even if his case is not canonically recognized as martyrdom and there is no ongoing Cause, the life story and circumstances of the death of the German Salesian missionary Fr José (Josef) Thannhuber are remembered and celebrated as clear examples of self-giving, holiness and the giving of one's blood in the name of faith and for the salvation of the souls entrusted to him. For this reason, on the occasion of the centenary of his birth in Heaven, the Salesians of his Province wanted to remember him.

August 29, 1920, is a Sunday. At around 8 in the morning, immediately after the festive Mass in the chapel of the community of Palmeiras, Mato Grosso, a group of about 40 armed men enters the courtyard of the Salesian house taking everyone hostage: there are four Salesians, including Fr Thannhuber, Director of the community, a collaborator and a surveyor who is a guest of the Salesians. For much of the day, they are kept under gun threat. At around 4 in the afternoon, the leader of the attackers, named Tobias, orders everyone to start walking on the road to Cuiabá, 100 km away. But the journey is short, lasting only a few minutes. The walk is  interrupted by gunfire and, after being shot in the back of the head, Fr Thannhuber lies bloody on the ground, according to the description of the Salesian historian Fr Jean-Baptiste Duroure. Taking advantage of the confusion, the other Salesians flee into the bush and at eight the next morning, after walking all night, they arrive in Coxipó, where they share the sad news.

Still today the real reasons for that criminal action are not known, but the main suspects gravitate around disputes over the demarcation of the territory.

All this could be just the simple description of a vile crime, but it acquires supernatural contours in the face of the prophecy of Blessed Michael Rua, the Successor of Don Bosco at the head of the Salesian Congregation.

When José Thannhuber was still a cleric and a student of philosophy, he went to greet the then Rector Major, together with the group assigned to the missions in 1902: Don Rua, in addition to the usual recommendations, outlined the future field of work for each one, prophesying the great good they would do. But when it was the cleric Thannhuber's turn, Fr Rua remained silent: and since the cleric insisted that he tell him a few words about his future, the Superior, almost against his will, only answered: "Tomorrow, tomorrow". Thannhuber was not discouraged, waited impatiently and the next day he showed up again. And Don Rua, with a contrite spirit and looking at him gently, after a few moments said: "Well, be prepared for martyrdom."

Fr Thannhuber was the first Salesian to shed his blood on the lands of Mato Grosso. Three other missionaries and an indigenous catechist subsequently fertilized these lands with the gift of their lives: Fr João Fuchs and Fr Pedro Sacilotti (1934) and the Servants of God, Fr Rodolfo Lunkenbein and the indigenous Simão Bororo (1976).