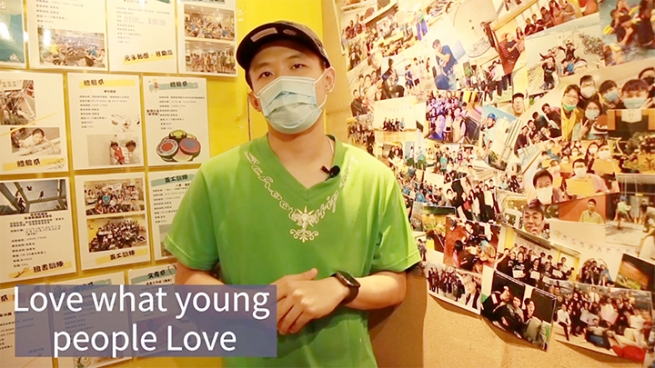 (ANS - Hong Kong) - "Youth Outreach" (YO) is a non-profit organization well known in Hong Kong for its work dedicated to young people at risk. It was founded in 1991 by Fr Peter Newberry, a Salesian, together with a group of lay people and thanks to the economic and institutional support of the citizens of Hong Kong. Over the years, the organization has consolidated and established itself in its current headquarters: a 15-storey building in the Sai Wan Ho area, where more than 100 employees work. Here, support is given to young people at risk, 24 hours a day, 7 days a week.

Recently, Fr Newberry said that "Youth Outreach" has received a large grant from the "Jockey Club Charities Trust" of Hong Kong, which will last four years and which will be used to launch a project called "Reaching the Unreachable", a program for the mental health care of young people at risk and their families.

Youth Outreach services and activities have now been described and summarized in a video, visible on the organization's YouTube channel. In the video, it is possible to virtually visit the building, get to know the social workers who work there and see the crisis prevention center, the housing, the Hip Hop school, the youth employment program, the psychological services and volunteering and much more. Leading the viewer on this virtual tour is "Bun", a Hip Hop teacher, who arrived in YO after being a street kid himself.

The name "Youth Outreach" takes on a very particular meaning if you read it in Chinese, in which it is composed of three ideograms: 協 青 社. The second of these ideograms means "youth or green" and its central position between the other two is emblematic. The first means "aid", while the latter "society". This creates the evocative image of a society that helps the most disadvantaged young people, that supports and cares for them.

The video, which offers good inspiration for any Salesian urban environment, is available here.