Argentina – Time to take care of the Common Home 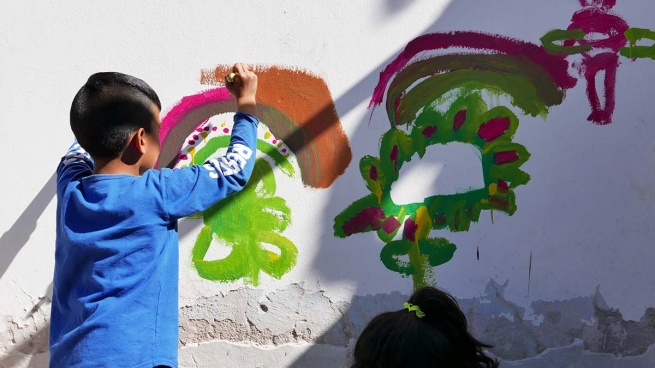 (ANS - Córdoba) - Caring for the planet has now become an urgent need rather than an option. It requires you to get to work right away. The Salesian Province "Blessed Artemide Zatti" of Northern Argentina (ARN) wants to walk as a community towards proposals and attitudes of life that favor the care of Creation and the construction of a more sustainable planet. This objective is included among the policies of the Provincial Organic Project (POI), written in 2016 and updated in 2020.

The POI is a common plan of discernment and pastoral commitment that guides the practices and supports the life and mission of each of the Salesian houses in a Province, based on the most important decisions taken by the Provincial with his Council.

Among the choices included in the ARN POI, there is one in particular that responds - in the words of Pope Francis - to the cry of "sister mother earth": it is policy no. 13: "Promote the care of the Common Home".

In order to include in each of the educational-pastoral communities of the ARN Province, the ecological awareness proposed by the encyclical Laudato Sì, on the basis of this policy, training and awareness-raising instances will be generated and projects will be developed that move in this direction.

The first concrete action aimed at implementing policy no. 13 was the formation of a provincial team that will develop the project for the care of the Common Home.

The representatives of the various sectors and services, with the accompaniment of a regional representative of the "Don Bosco Green Alliance", have started a process of discernment that moves according to the rhythms marked in the encyclical Evangelii Gaudium: recognize, interpret and choose (no. 51).

In this way, it is possible to begin to walk in the choice and implementation of actions that allow to take on, adopt, in each of the Salesian communities and structures of animation, a profound ECOLOGICAL CONVERSION.